Henry Cowell was an avant garde musical composer who used innovation to create new musical techniques that he incorporated into his lifetimes body of work.

Cowell was a child prodigy who picked up the violin at the age of five and learned the intricacies of the piano during his early teenage years. Cowell started composing while still a teenager and on the strength of his self taught musical abilities he was enrolled to the University of California, Berkeley, under the tutelage of Charles Seeger.

He was always an innovator and he developed tone clusters whereby the pianist would hold down several keys at various intervals to produce more elaborate sounds.

He experimented with innovative ways of extracting different sounds from instruments such as climbing inside a piano and plucking its strings directly as opposed to playing the keys, he used this method on many of his recordings with The Banshee being the best known.

In a controversial event which was shameful for the authorities Cowell was jailed for four years in San Quentin from 1936 until 1940 for homosexual activities, he was eventually granted a full pardon in 1942

Apart from his long list of solo piano compositions Cowell also created 20 completed symphonies and was working on his 21st in 1965 which remained incomplete due to his death in December of the same year. From innovative composers comes great quotes so here is my list of 11 of the best Henry Cowell quotes.

The critic Virgil Thomson was impressed: "Henry Cowell's music covers a wider range in both expression and technique than that of any other living composer.... No other composer of our time has produced a body of works so radical and so normal, so penetrating and so comprehensive"

The composer Conlon Nancarrow was inspired to say: "Cowells new book New Musical Resources is probably the most influence of anything I've ever read in music"

The conductor Bennie Hermann said enthusiastically: "The concert of the New Chamber Orchestra was a great success in all respects - the hall was jammed and about 30 people standing.... The audience I understand was interested keenly in the prospectus for your series next season, and we had many conservatives at the concert. I believe we made many new disciples"

The composer John Milton Cage recognised his contribution to American music: "Henry Cowell was for many years the open sesame for new music in America" 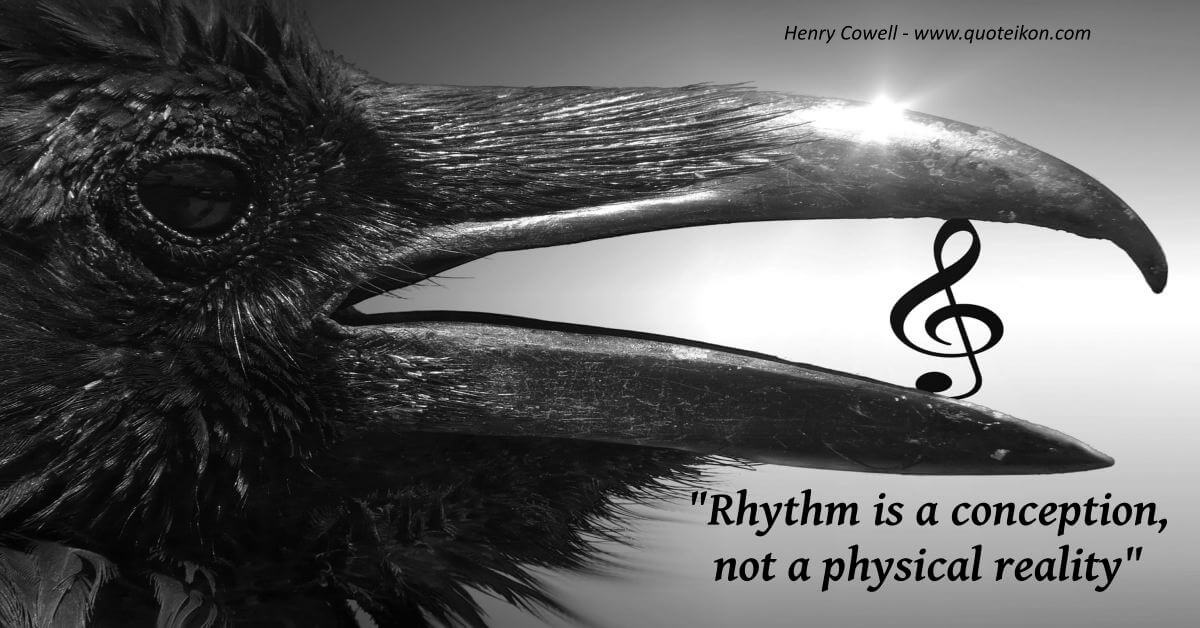