Henry Addington was born into a medical family with his father holding the distinctive position of physician to William Pitt the Elder the first Earl of Chatham who was a successful politician who rose to the position of prime minister.

This relationship was to prove significant as during childhood Henry became good friends his son with William Pitt The Younger who followed in his fathers footsteps to lead the Conservative party as prime minister at the tender age of 24.

After passing the bar in 1874 Addington also entered parliament during the same year as the MP for Devizes and under the wing of his old friend and political ally Pitt he became speaker of the house of Commons by 1879.

Addington held the speakers position unopposed for 21 years and was considered a steady hand in the house until a greater opportunity arose in 1801. His friend William Pitt The Younger resigned as prime minister over the Roman Catholic emancipation issue and with the backing of his allies he garnered approval from King George III and he took the reins of Prime Minister of the United Kingdom.

His spell heading the corridors of power was short lived during a tumultuous time for international relations. His major achievement as prime minister was ending the hostilities with the old enemy France when he smoothed the way for peace with the signing of the Treaty of Amiens in 1802.

However when hostilities restarted in 1803 he felt the pressure form all sides of Westminster and the following year he resigned as prime minister allowing Pitt to take command for his second administration. Addington was awarded the title of 1st Viscount Sidmouth and he made a comeback to the cabinet in various roles up to his retirement from politics in 1824.

He was a devoted servant to the state who held honest opinions and he had the moral conviction and courage to stand by them, he was not the most colourful prime minister but he always held firm in his beliefs and support for the country. As a leader and fine orator he was good for a quick quip, so this is my compilation of 10 of the best Henry Addington quotes

The MP and pamphleteer William Cobbett wrote in a letter: "Need I tell you sir, that the very assurances, given by you to the parliament of Britain, have been treated, by the ministers of France, with the same contempt which they bestow on the proceedings of the burlesque legislatures of the Helvetian, Cisapine and Ligurian republics. The humiliating, the disgraceful truth, has been proclaimed to the universe; and, if it has not stung you to the soul, I would not exchange feelings with you for a million times all the millions, of which you are the treasurer"

The politician Sir Francis Burdett wrote meekly: "I am ashamed at looking on your card, and on my own procrastinating habits"

The parliamentarian Henry Brougham said with pride: "I thought your lordship would like to see that the just, and most just, tribute which I have paid to your public conduct" 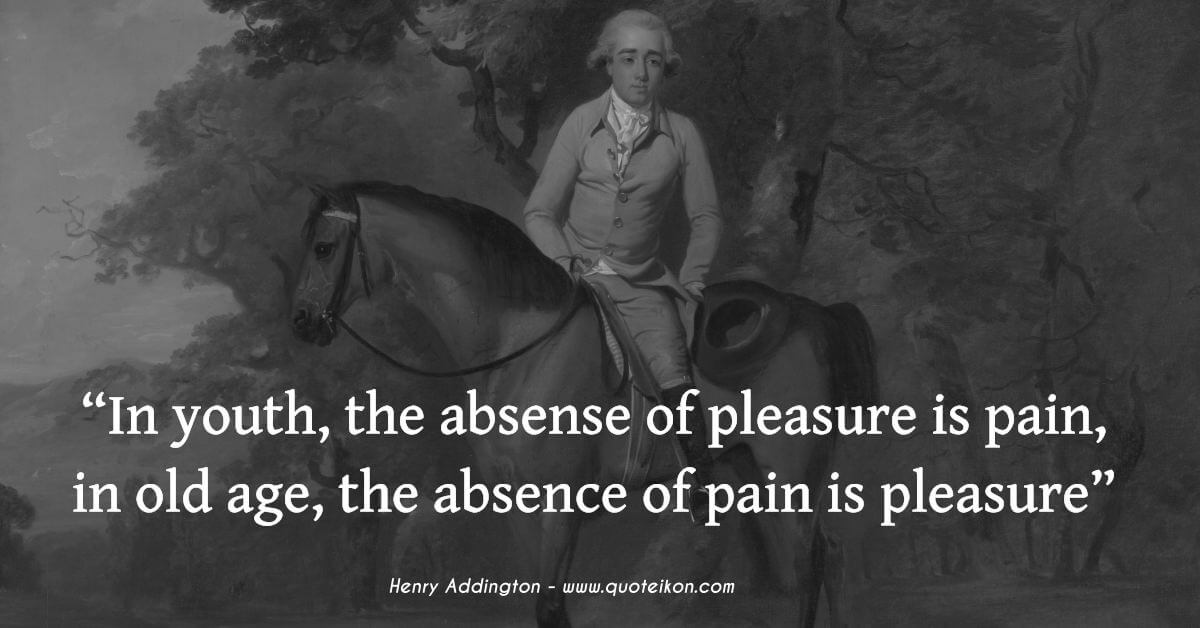