Although Gwendolyn Brooks was born in Topeka, Kansas her family uprooted and moved to Chicago while she was still a baby. She attended a number of Chicago schools and opted not to pursue a four year university degree as she considered herself to be a literate person who wanted to do exactly that, write.

In her own words she was quoted as saying: "I am not a scholar, I'm just a writer who loves to write and will always write". She was a natural writer and she proved you do not really need a set environment or college degrees to create great literature.

Her first publication was called A Street in Bronzeville in 1945 and Brooks literally wrote about life as she saw it where she lived in south Chicago. Brooks was quoted as saying "I lived in a small second-floor apartment at the corner, and I could look first on one side and then the other. There was my material".

Although it was well received with local literary acclaim Brooks was just warming to the task of creating rhyme and verse. In 1949 she published her Pulitzer Prize winning book of poetry Annie Allen about a young black girl making the transition into womanhood in 1940's Bronzeville, South Chicago.

This distinction saw her poetry reach a wider audience than she could have imagined and it opened many doors for her, but it was always about the writing for Brooks and she continued to write about what she saw and felt to the point she is now renowned as one of the most distinguished North American poets of the twentieth century. The finest poets make the greatest quotes so here is my compilation of 12 of the best Gwendolyn Brooks quotes

The author Richard Wright commented on her 1945 publication 'A Street in Bronzeville': "There is no self-pity here, not a striving for effects. She takes hold of reality as it is and renders it faithfully. ... She easily catches the pathos of petty destinies; the whimper of the wounded; the tiny accidents that plague the lives of the desperately poor, and the problem of color prejudice among Negroes"

Her mother Keziah (Wims) Brooks recognised her talent for poetry from an early age when she said: "You are going to be the lady Paul Laurence Dunbar" 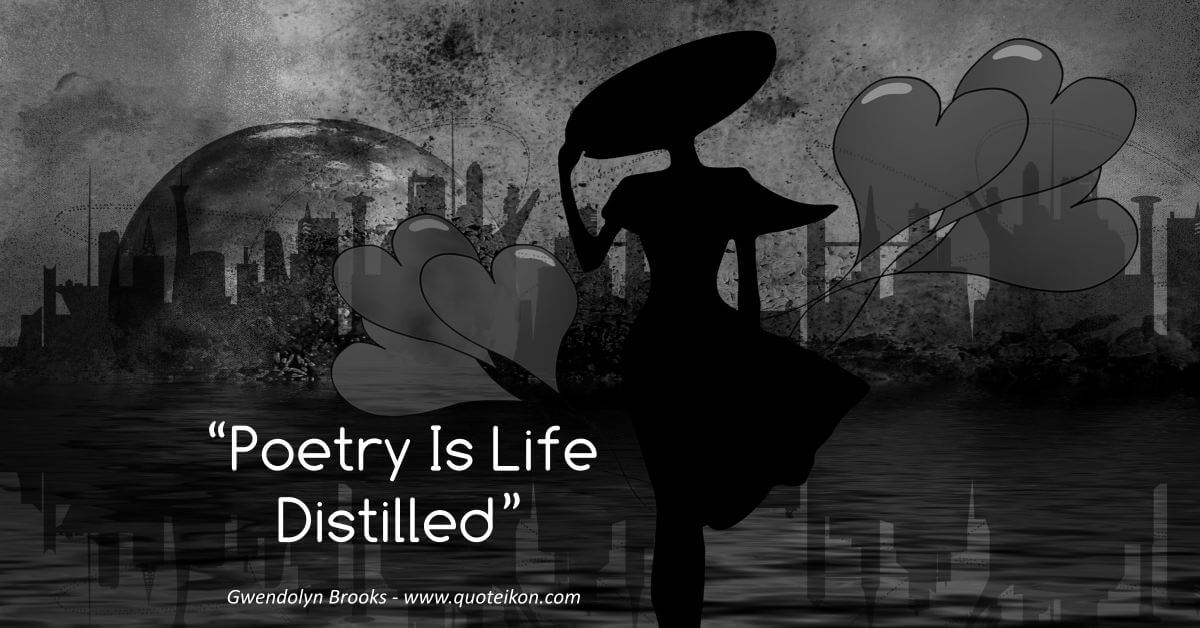