Guru Nanak was the spiritual sage who was born into an era where discrimination was rife based on caste and gender and from a very young age he believed all forms of discrimination were wrong.

He was born into a Hindu family and took a great interest in religious studies and although he respected both Hinduism and Islam his beliefs were leading to a spiritual enlightenment where he decided to follow neither of the established religions but follow the path of god instead.

At the age of 26 he took leave from his wife and young family to embark on a spiritual odyssey that would last nearly 30 years. He journeyed through India and to the great cities of Tibet and Arabia where he studied and engaged in deep religious discussions with the great and the good as he shared his views on the unity of mankind

This cut out the divisiveness between the two religions as they were no longer seen as "competing" with each other and it gave him a platform to share his spiritual thinking. His religious philosophy was based on the principles of selflessness, living without deceit and meditation - with each having its own sub-division of guidelines to follow. Selflessness is a hard human habit to master as the ego of the prideful man can be a huge mountain for him to conquer to achieve a calm persona in all situations.

Selflessness is not just about deflating ones ego as it is equally important to share with others especially the less fortunate. Sharing food is an age old forte of the good and the kind but in certain societies there can be barriers of race, religion or caste and this was where Nanak showed a great example to the world by creating the Sikh Langar where everyone was welcome to come and eat regardless of their religion or position in society.

The acceptance of all was not just reserved for the kitchen as Nanak lived by this ideal and practiced it throughout his life setting a fine example of how mankind can be unified through equality and acceptance irrespective of their diverse backgrounds.

The founder of the Sikh religion was not just an enlightened innovator whose spirituality was awakened as he was also good for a one liner, so here is my compilation of 10 of the best Guru Nanak quotes

The eminent historian Dr H.R. Gupta described him with the greatest respect: "Nanak's faith was simple and sublime. It was the life lived. His religion was not a system of philosophy like Hinduism. It was a discipline, a way of life, a force, which connected one Sikh with another as well as with the Guru"

Author H.S. Singha gave this enlightened description of him: "Sikhism does not subscribe to the theory of incarnation or the concept of prophethood. But it has a pivotal concept of Guru. He is not an incarnation of God, not even a prophet. He is an illumined soul" 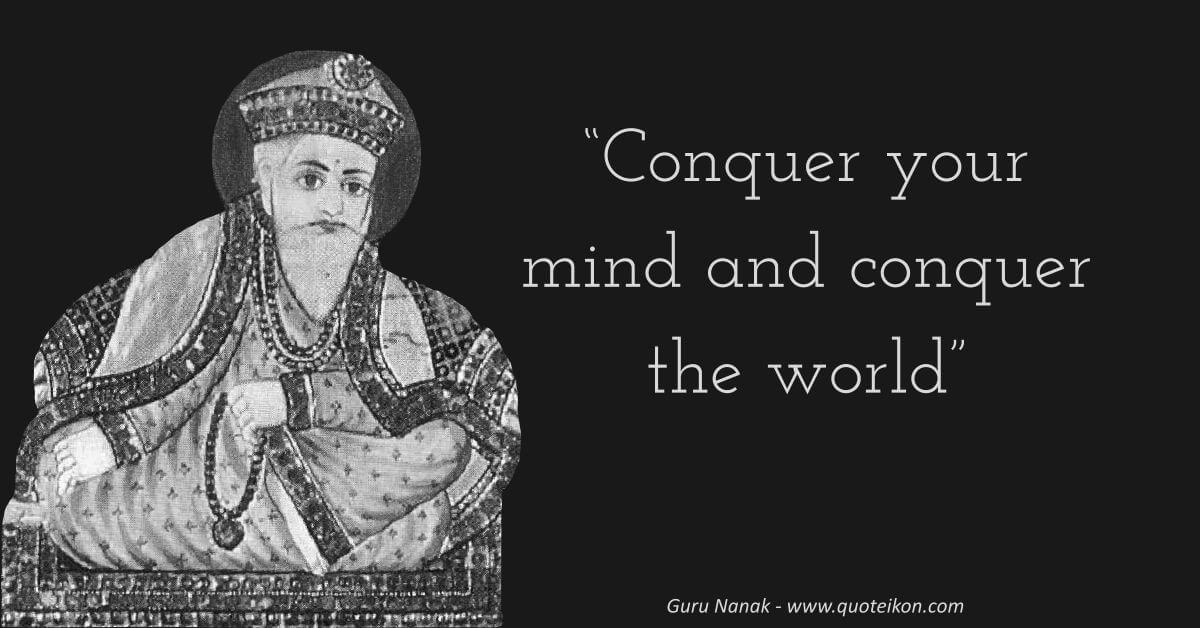