Giuseppe Verdi was the Italian operatic composer whose body of work played its part in the unification of Italy and become part of the fabric of Italian culture.

"Viva Verdi" was the slogan on the lips of Italian patriots who voiced their support for the Risorgimento as this political and social movement gained traction in the mid nineteenth century as the unification of the Italian states was turning from visualisation to actuality.

The slogan had a double meaning as it was a way of promoting the propaganda of the composers nationalistic operas as well as being an acronym (Viva Vittorio Emanuele Re D'Italia) supporting Victor Emmanuel king of Italy. As a boy he was a musical prodigy whose gift was well groomed in Busseto and Milan and his growing reputation saw his first opera "Operto" debut at Milan’s La Scala in 1839 when he was 26 years of age.

He turned the myth of the tragic artist into reality as he was devastated by the loss of his two children (Virginia Maria Luigia 26th March 1837 - 12th August 1838 and Icilio Romano 11th July 1838 - 22nd October 1839) and his beloved first wife Margherita Barezzi (4th May 1814 - 18th June 1840). His painful suffering laid bare his humanity and released his artistic soul to create some of the most moving operas that have graced the finest theatres on this planet

In 1842 Verdi wrote the opera Nabucco which contained the song "Va Pensiero" that stirred the emotions of nostalgic nationalism, and gradually this became the soundtrack for Italian independence during the forthcoming years.

Such is the impact this song has had on Italian culture it has on a number of occasions in both the 20th and 21st centuries been suggested it should replace the current Italian national anthem.

During the years 1851 to 1853 Verdi was at the pinnacle of his artistic creativity whereby he wrote Rigoletto, Il Trovatore and La Traviata which added to his body of work which when taken in its entirety is amongst the most frequently performed operas in the world today.

Verdi tapped into the Italian psyche recognising how they appreciate the way opera expresses feelings, passion and human emotion, he was also good for one liner so here is my compilation of 12 of the best Giuseppe Verdi quotes

The Italian poet Arrigo Boito recognised his immense talent when he said: "You have the secret of the correct tone, at the correct moment. This is the great secret of art and life"

George Martin thought highly of Verdi as he stated: "He was the greatest artist of the Risorgimento. Throughout his work its values, its issues recur constantly, and he expressed them with great power" 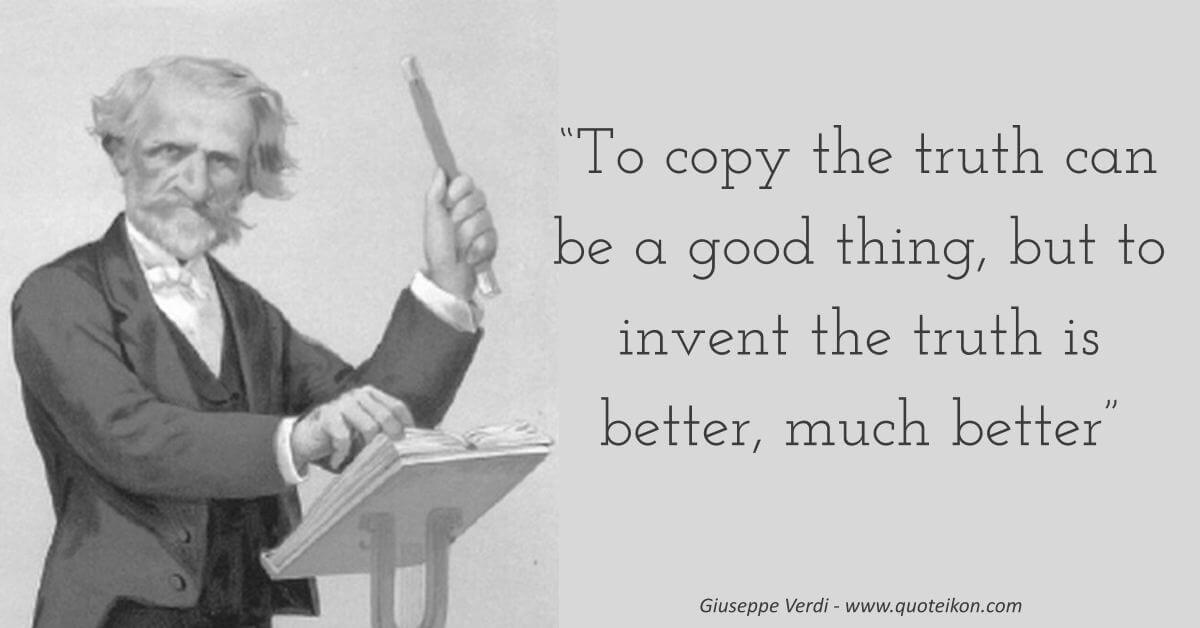 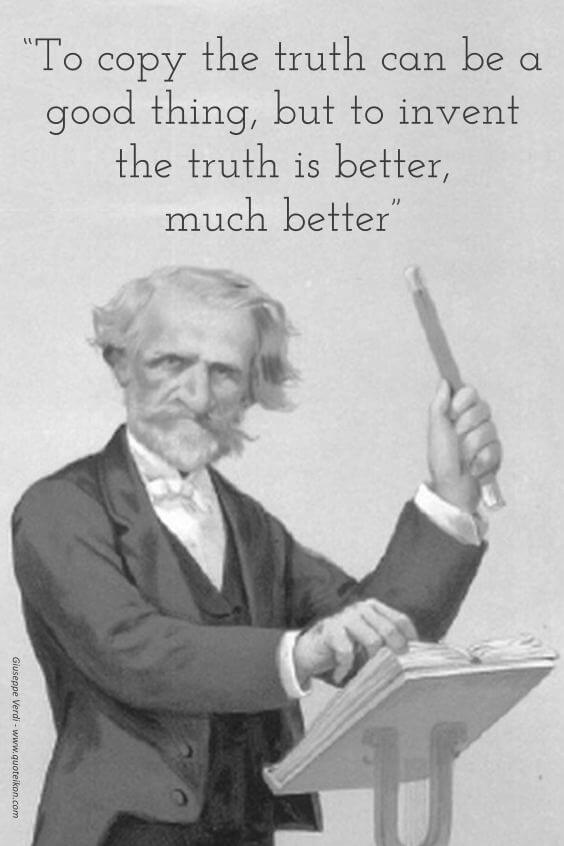