Giorgio Armani was the Italian who rose to the apex of the fashion design world under the umbrella of his brand using his name as a byword for fashion quality. The sleek cut of his clean tailored lines set his work apart from his contemporaries as the Armani brand became one of the strongest labels in the high fashion industry.

Armani's humble beginnings saw him fulfill his military service after which he got a job in 1957 as a buyer for the Milan department store La Rinascente. He furthered his career with the Nino Cerruti as he honed his design skills until he became a freelance designer in the early 1970's.

His reputation grew and he eventually launched his own line of clothes in 1975 with his partner Sergio Galeotti. At the close of the twentieth century the Armani brand was considered one of the strongest on the fashion stage of the world and he was heralded as the most successful Italian designer of his era.

Not one to shy away from innovative decisions he became the first high fashion label to broadcast his collection live on the internet in January 2007 and upon hearing that Brazilian model Ana Carolina Reston starved herself to death in 2006 Armani became the first designer to ban models with a body mass index (BMI) below 18.

He has left his indelible mark on high end menswear with his minimalist designs, soft cuts and choice of fabric and the legendary designer was also good for a few one liners so here is my compilation of 15 of the best Giorgio Armani quotes.

The fashion critic Sara Forden was quoted as saying: "Armani is unique. He's the only designer in the world who has been able to combine real creative genius with a tremendously astute business sense"

The fim maker Martin Scorsese described him thus: "There's never anything hip or chic or tied to the moment in Giorgio's work - it's truly timeless. His designs aren't meant to be gazed at on a runway - they're for people to wear, and to enhance their own sense of natural elegance" 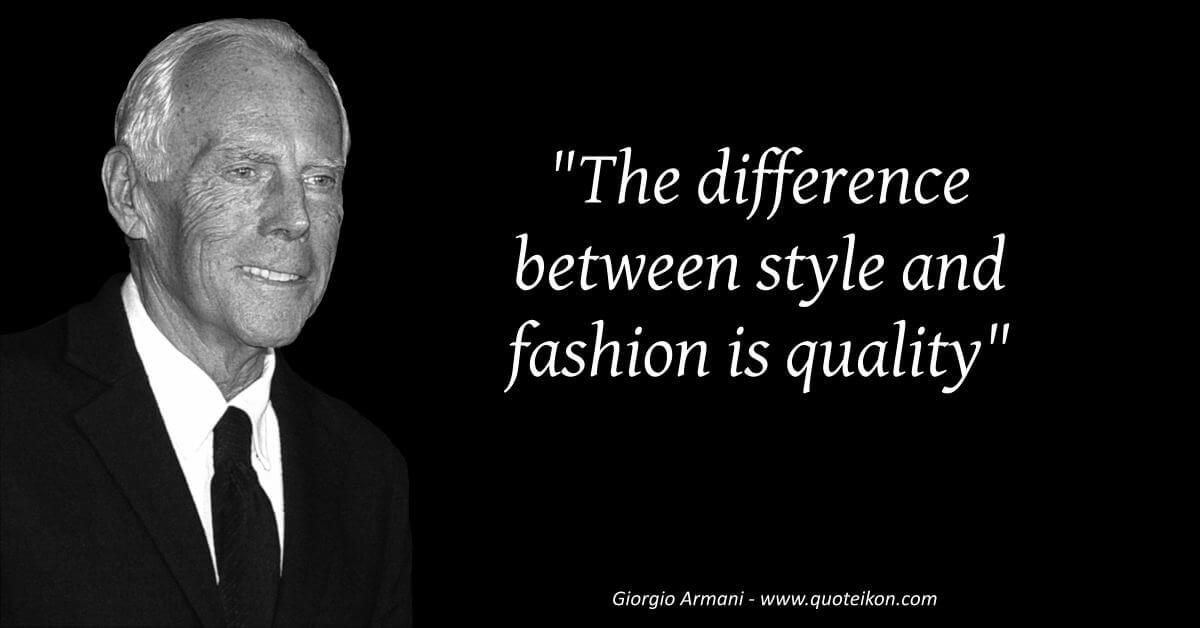