For someone who was to become a key instigator in driving the industrial revolution in Britain George Stephenson came from the humblest of backgrounds to pioneer the railway steam locomotive and build the first successful railway lines. Few would believe that he was still illiterate at eighteen years old but this self educated engineer was a natural when it came to analysing mechanical problems and solving them.

Stephenson built his first of many experimental locomotives in 1814 for use in Killingworth pit, it was from here that he accumulated enough knowledge to build the Hetton Railway (13km) and then the more ambitious Stockton and Darlington railway (40km).

His next project was the Manchester and Liverpool railway that saw the debut of the Stephenson Rocket which hit a top speed of 36mph, the rail line proved such a success he was literally inundated with offers from entrepreneurs to build more and more new railways.

Indeed there were too many offers on the table for him to manage so more and more people learned the skills required to build these railroads thus fuelling the British industrial revolution. Stephenson had many visitors from North America land on his doorstep and he shared the knowledge that was to bring railroads to the Americas.

One of the early lessons he learned was to keep the track as level as possible because even the slightest gradient would require more power than his present design could deliver so building railroads required the additional knowledge of tunnel and bridge building.

He was also a pioneer in what became known as the Geordie lamp which he demonstrated in Killingworth pit about one month before Humphry Davy first unveiled what was to become known as the Davy Lamp. The Geordie lamp had a different design to the Davy lamp but it was equally effective. From some of the finest engineering minds come some of the best lines to quote, so here is my compilation of 10 of the best George Stephenson quotes.

Edward Pease the industrialist who promoted the Stockton and Darlington Railway was pleased to say: "Humanity has been benefited in the diminished use of horses and by the lessened cruelty to them, that much ease, safety, speed, and lessened expense in travelling is obtained"

The railway civil engineer John Dixon was confident: "George Stephenson told me as a young man that railways will supersede almost all other methods of conveyance in this country - when mail-coaches will go by railway, and railroads will become the great highway for the king and all his subjects. I know there are great and almost insurmountable difficulties to be encountered; but what I have said will come to pass as sure as you live" 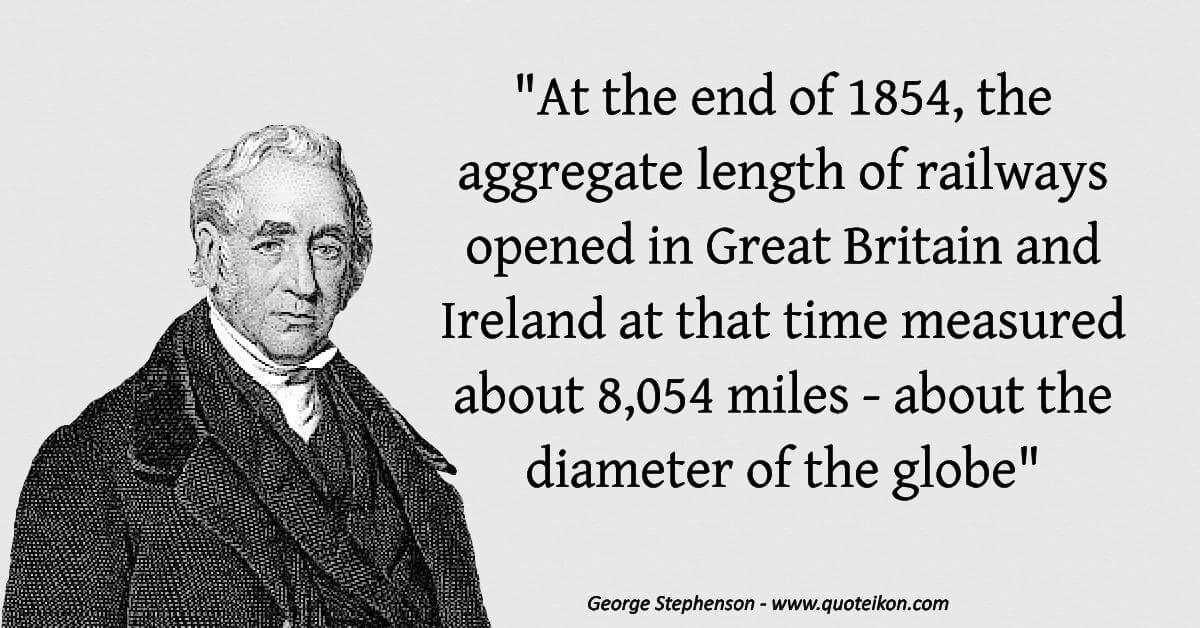