True sporting stars that over the course of their career garner legendary status are few and far between but Gary Player can lay claim to that status. During his career he accumulated nine major championship wins on both the Regular Tour and the Champions Tour.

1965 was a very good year for Player as he became only the third player to win golfs' grand slam when he won the U.S. Open to bag all four major golf tournaments known collectively as a career grand slam. He was in good company as the only other golfers to achieve this feat at this time were Ben Hogan and Gene Sarazen, however both Jack Nicklaus and Tiger Woods have joined them in the exclusive club of golfing greats.

When he is not playing golf he is busy designing courses, through his subsidiary companies he has been involved in over 300 golf course design projects spanning 5 continents.

In other works he has through his non-profit organization "The Player Foundation" has raised more than $64 million for underprivileged children’s education in every corner of the world.

Among the many awards he has received he was voted the South African Sportsman of the Century award in 2000 and in 1976 he was the first golfer in the world to appear on a postage stamp when South Africa bestowed him with this honour. This humble South African sporting legend was also good for a few one liners so here is my compilation of 15 of the best Gary Player quotes. I hope you enjoy reading them.

The secretary of Muirfield Colonel Evans-Lombe said this to him before Gary went onto win the 1959 British Open: "You’re not practicing here my boy. This is Muirfield. Not only are you not going to practice here but you’re an arrogant young man as well"

The sports psychologist Dr. Bob Rotella described him thus: "When I think of Gary Player the golfer, I see a man with the mind of Jack Nicklaus and Tiger Woods; the persistence, desire and dedication of Ben Hogan and Tom Kite ... and the enthusiasm of the Energiser Bunny" 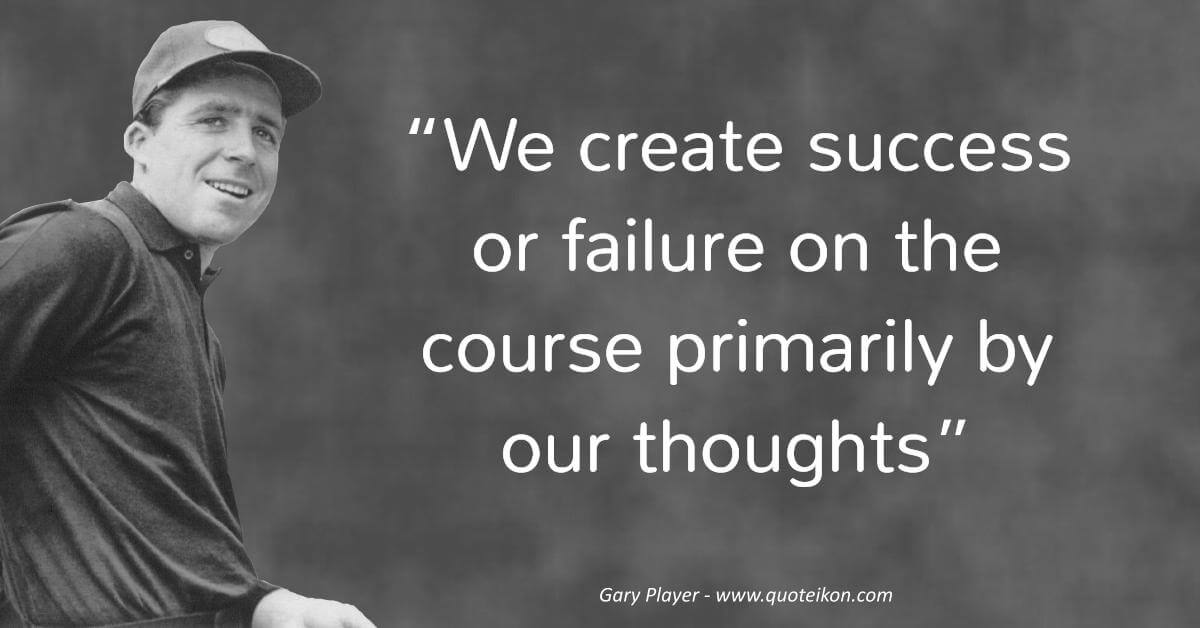