Franz Kafka was the quintessential literary artist who led a tormented life only to be posthumously immortalised as one of the literary greats of the twentieth century. Yet it was a judgement call by one of his closest friends Max Brod who decided to defy Kafka's death bed wish to destroy all his work and instead publish it for all the world to see and appreciate.

Franz, being a Jew, lived in a time and a place where Judaism was not appreciated, so by association his work could never reach the literary appreciation of that of a German or French writer.

Luckily Max Brod recognised the brilliance and after Franz's death he began to publish his work as did Kafka's former lover Dora Diamant who also preserved some 35 letters and 20 notebooks against his death wish.

His imagination spanned realism and modernism while his creative pen tied them both up in absurdism which yielded elements of gripping fantasy wrapped up in an enigmatic process of thought provoking anti-idealism. His prose was before his time and many literary greats have hailed him as a revolutionary talent that has inspired generations of writers.

The silken ink that flowed from his pen caressed the readers imagination into the intrigue of his stories as if you were almost living it yourself. Such was the visual artistry his pen to paper could create, he was good for a one liner also so here is my compilation of 23 of the best Franz Kafka quotes

The playwright and poet Bertolt Brecht was in awe of his ominous literature: "Kafka described with wonderful imaginative power the future concentration camps, the future instability of the law, the future absolutism of the state Apparat"

The author Susan Sontag gave this assessment of his influence: "The work of Kafka … has been subjected to a mass ravishment by no less than three armies of interpreters"

The poet W. H. Auden labeled him: "The Dante of the twentieth century"

The author Stanley Corngold was impressed to say: "The way in which he experienced estrangement was literature, with an intensity greater than that of any other writer of this century, more inexorably than Joyce or Proust or Mann" 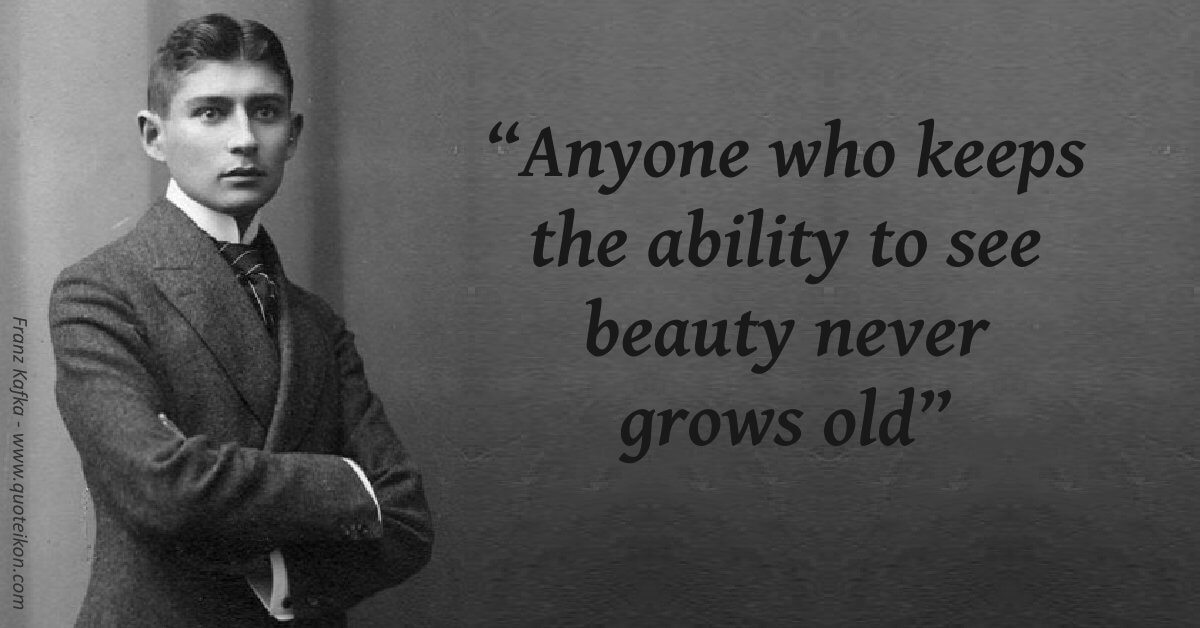