Francisco Goya was a Spanish painter whose talents saw him span art history as he is known as the last of the old masters and the first of the new modern artists.

Francisco dabbled in schoolboy art until he first took his calling serious at the age of 14 whereby he started an art apprenticeship and after a few minor failings he soon secured a position as a painter to royalty and the elite of Spanish society.

Goya enjoyed a healthy career and was seldom out of work, he could turn his brush to a plethora of styles of painting with many of his paintings before his illness depicting positivity and life. His mysterious illness left him deaf and suffering from mental illness, although this did not affect his skill as an artist it did change his outlook with regard to the type of paintings he would create.

Gone were the bright portraits and celebrated events in art and in came a more sombre style that typified the war torn country Napoleons army was wreaking havoc in. Goya's ability to push the boundaries of art saw him be the first to unleash satire and wit in his work, he paved the way for the modern artists to follow and this is what made him so unusual yet so influential.

Artistic talents never seem to be short of a word or two as they tend to make great one liners so here is my list of 14 of the best Francisco Goya quotes.

The Duke of Hijar who was an adviser to the Spanish king Fernando VII was impressed to say: "The artist [Goya] has worked for a long time and with the utmost care, taste, and intelligence on the numerous commissions he has been given; his artistic merit is so unsurpassable that other artists and the general public all extol his work"

The art historian Léon Lagrange was full of praise: "It is the work of a colourist of temperament who sees the tones of nature in all their richness, and who knows how to paint them in their true affinity"

The author and art critic Robert Hughes made this comment: "The idea of Goya as an artist naturally 'against' the system is pretty much a modern myth. But it is based on a fundamental truth of his character; he was a man of great and by times heroic independence" 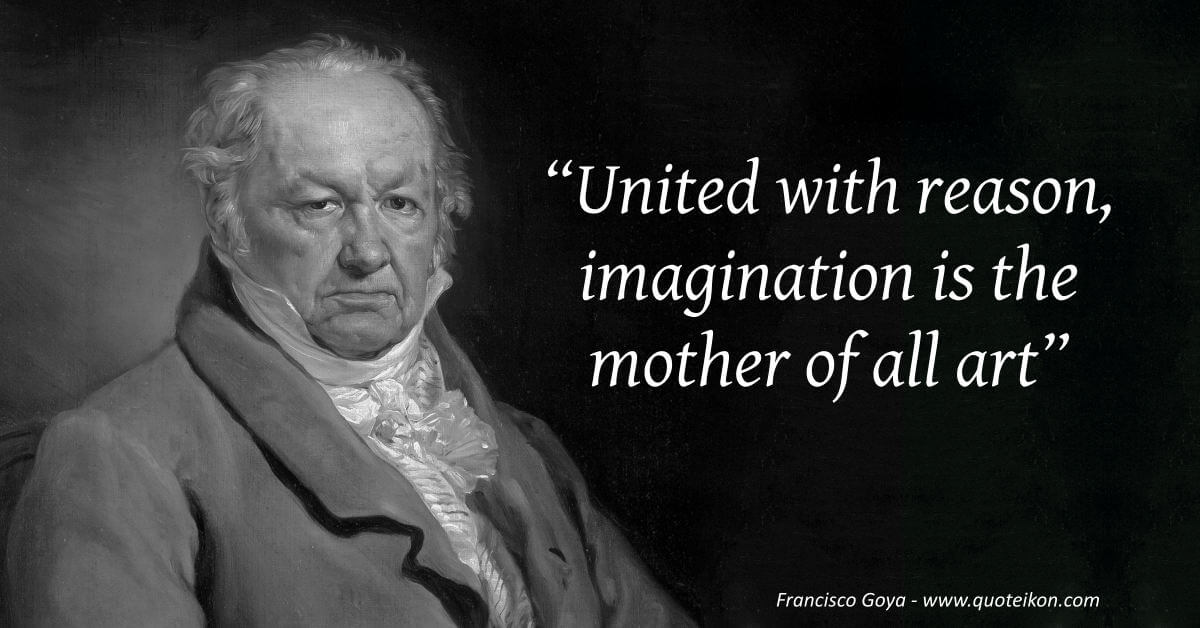