A bright light went out on 19th August 1936 when officials of the dictatorship of General Franco arrested Federico Garcia Lorca and took him away to be executed the same day.

Lorca posthumously still caused problems for the regime with so many unanswered questions that would not go away simply because he was and he remained the highest profile casualty of the Spanish civil war.

The inspiring words of his poetry and dramatic twists of his plays helped immortalise him in the eyes of not just the Spanish people because the whole world got to know of his work and subsequent fate.

In 1920's Spain he had a close friendship with Salvador Dali who both shared a mutual respect for each others work. Dali helped with stage settings and decorations for Lorca's play Mariana Pineda when it opened in Barcelona and Dali's fascination with gypsies was thought to have influenced Lorca to write his most successful poetry collection The Gypsy Ballads.

He was a great man whose words and poetry inspired many including myself, so this is my compilation of 17 of the best Federico García Lorca quotes.

A 1937 Falangist press article denounced his murder: "The finest poet of Imperial Spain has been assassinated"

The author Richard Burgin described him thus: "Lorca had a gift for gab. For example, he makes striking metaphors ... I think that he was fond of playing words against each other, the contrast of words"

The exasperated Arturo Cambours went on to accuse him of being a: "conceited fool, a fat and petulant little charlatan"

The Chilean poet Pablo Neruda was more upbeat with his description of Lorca: "He squandered his imagination, he spoke with enlightenment ... he cracked walls with his laughter, he improvised the impossible, and in his hands a prank became a work of art. I have never seen such magnetism and such constructiveness in a human being" 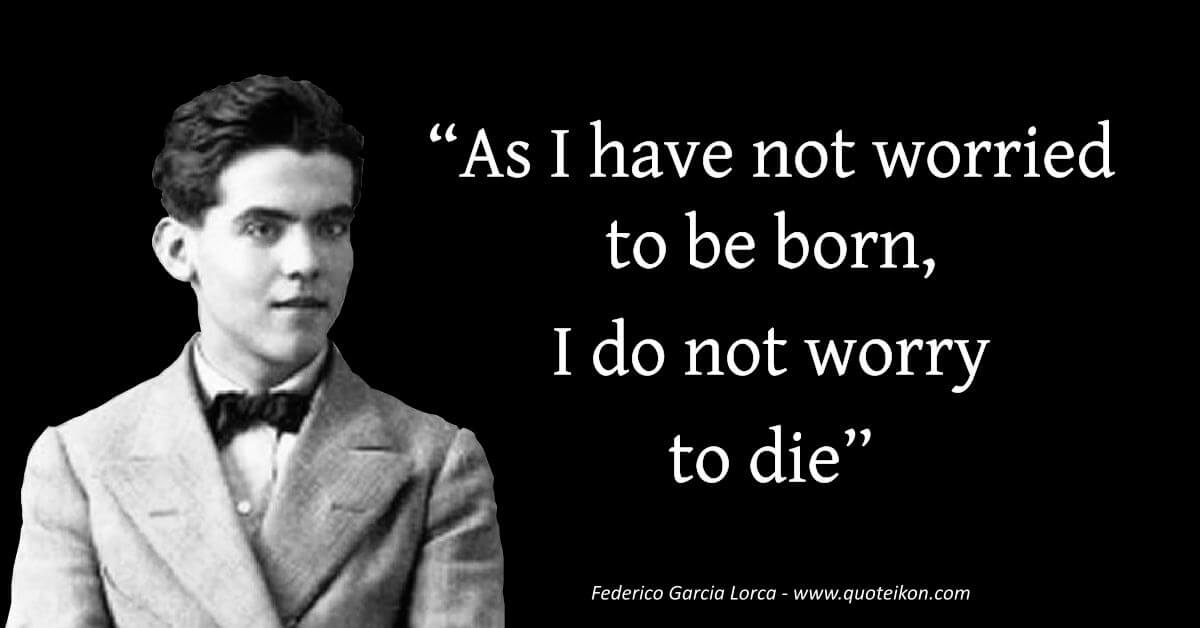