After moving to Hollywood in 1968 Farrah Fawcett's natural beauty was enough to win her some TV commercial work and a some bit parts in movies and on television.

Despite her high profile marriage to Lee Majors it was her 1976 red swimsuit poster that really opened the Hollywood doors to more high profile roles.

Fawcett got a supporting role in the movie Logans Run and then her big breakthrough came when she played Jill Monroe in Charlies Angels. The show was a major success throughout the world and gave Fawcett many new opportunities for work.

Following on from her iconic record breaking 1976 poster she raised more eyebrows in 1995 by posing semi nude in Playboy making it the best selling issue of the decade.

After a split from Lee Majors, Farrah was in a relationship with Ryan O'Neal that would be on and off from 1979 until her death from cancer in 2009.

From her beautiful smile that could light up a room also came some memorable one liners, so this is my compilation of 10 of the best Farrah Fawcett quotes.

The cancer specialist Dr. Lawrence Piro talking about the effect of losing her hair during treatment: "Farrah probably has the most famous hair in the world"

Kate Jackson reflected on her dear friend: "When you think of Farrah, remember her smiling because that is exactly how she wanted to be remembered: smiling"

Larry King said of her: "She was a major TV star when the medium was clearly dominant" 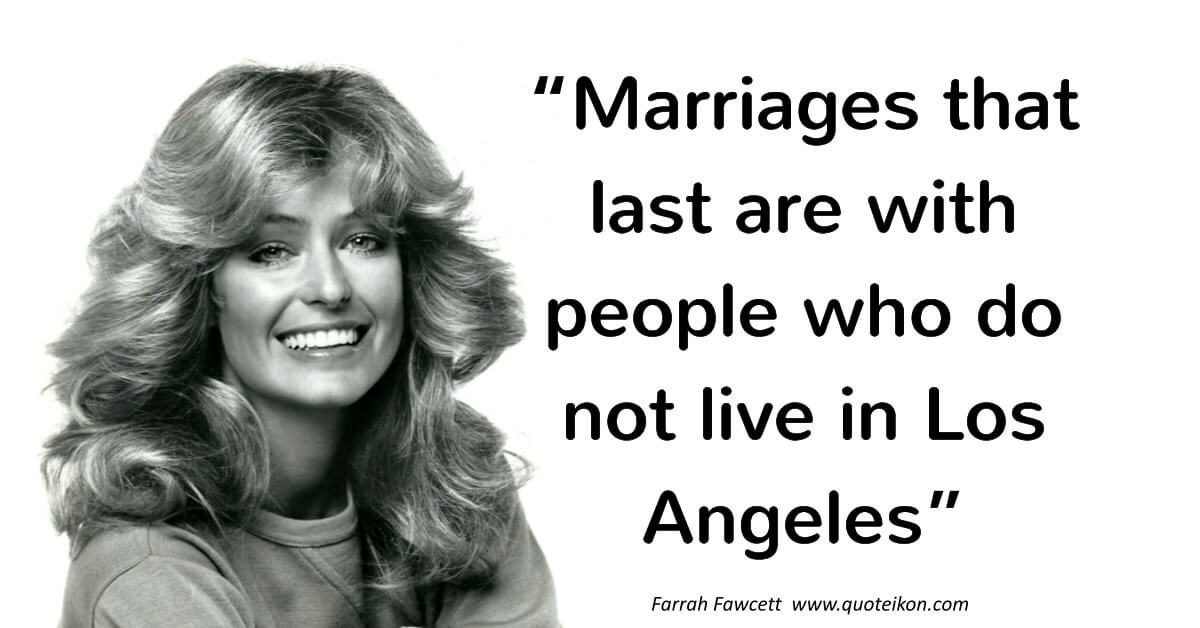