As one of the most prominent psychologists of the twentieth century Erich Fromm was also profoundly influenced by the events that played out in Europe during and up to both world wars.

The first world war had a deep and lasting effect on Fromm and it completely changed his views on and all ideological beliefs, he was once quoted as saying: "When the war ended in 1918, I was a deeply troubled young man who was obsessed by the question of how war was possible".

In between the wars he completed his education at the University of Heidelberg and the Frankfurt Institute for Social Research leading to Fromm learning what is now known as the Frankfurt School Of Social Theory which was spearheaded by Max Horkheimer.

Being of Jewish origins meant that the rise of Adolf Hitler's Nazi Party caused Fromm to flee first to Switzerland and then to the U.S. where he took a post at Columbia University in New York. He bore witness to fascist ideologies and the hatred they spewed resonated to make him realise that religion was much the same with the harsh discord they all postulated.

Eight Basic Needs Of A Human

Like all eminent psychologists, Erich Fromm created a list of the eight basic needs of a human and he expanded on these in great detail in his papers and books, they were:

His works had a more humanist leaning which brought him to the forefront of world psychoanalysts making him one of the most talked about psychologists of his generation. Eminent psychologists tend to make cracking one liners and he was no different so this is my compilation of 14 of the best Erich Fromm quotes.

The philosopher Herbert Marcuse described him thus: "Fromm revives all the time-honored values of idealistic ethics as if nobody had ever demonstrated their conformist and repressive features"

The German psychoanalyst Rainer Funk talked on his regard for institutions of learning: "Dr Fromm regarded universities as apologists for the status quo, and as essentially uninterested in the truth"

The philosopher Noam Chomsky gave his balanced opinion: "I liked Fromm's attitudes but thought his work was pretty superficial" 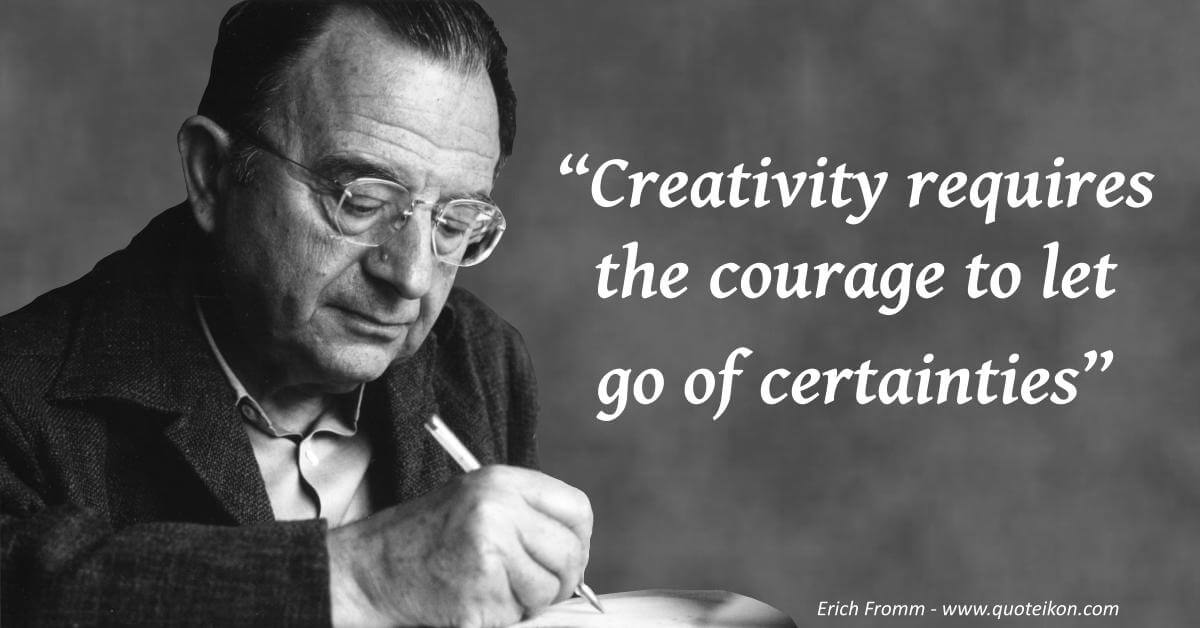