Emilio Aguinaldo will always be remembered as the revolutionary leader who led the Philippines to independence in 1898 after four centuries of Spanish colonial rule.

Aguinaldo's term in office as the first President of the Philippines was to be short lived because the Spanish American war centred on Cuba was just concluding and in the subsequent treaty Spain ceded the Philippines to the Americans. Just as the Filipino resistance had lay down its arms they had to rise up again to fight another super power in the Americans.

The Filipinos tried valiantly to engage in a conventional war but after suffering heavy losses they changed tactics to fight a guerilla war but eventually succumbed to superior forces after Aguinaldo was captured in 1901.

He never forgot the brave men who served and died under his leadership and many observers believed that this influenced his decision to later collaborate with Japanese occupancy as he couldn't bear to witness more Filipino blood being spilled.

He was briefly arrested after WWII was over but quickly given amnesty and his lifelong dream of Philippine independence was finally given by the Americans in the Treaty of Manila on 4th July 1946. In 1950 he became a member of the Philippine council of state before he finally retired from politics and public life.

In 1962 the Philippine government changed their independence day from the American legacy date of 4th July to 12th June to forever commemorate the Aguinaldo led revolution of 1898. Leaders inspire by their speeches and rhetoric making it interesting researching my compilation of the 10 best Emilio Aguinaldo quotes.

U.S. Admiral George Dewey talked of his correspondence with him: "From my observation of Aguinaldo and his advisers I decided that it would be unwise to co-operate with him or his adherents in an official manner... In short, my policy was to avoid any entangling alliance with the insurgents"

U.S. General Elwell S. Otis response to Emilio Aguinaldo's efforts to stop the war was to say: "Fighting, having begun, must go on to the grim end"

Brigadier General Thomas M. Anderson telegraphed Aguinaldo to say: "Do not let your troops enter Manila without the permission of the American commander. On this side of the Pasig River you will be under fire" 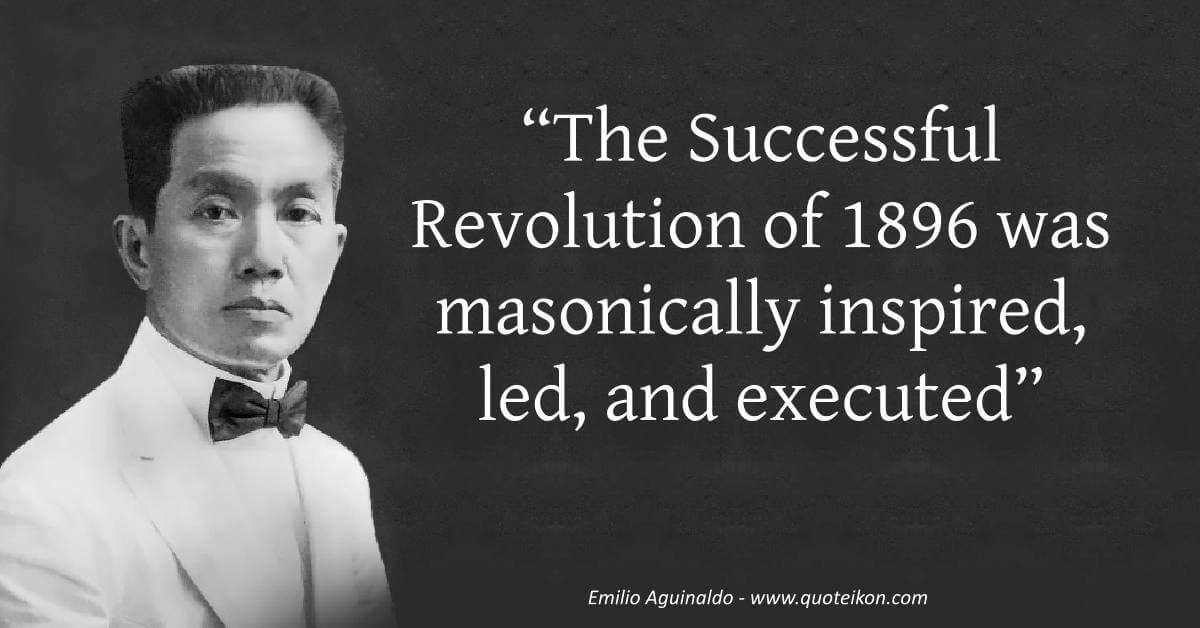