Emil Cioran was a Romanian born philosopher who first honed his barbed pen at the University of Bucharest and having been brought up in the hard working and prosperous rural town of Rasinari in Transylvania he was amazed by depth of intelligence yet lack of determination to work that he encountered in his peers at the country's capital city.

Cioran was transfixed by some of the characters that could turn up at a cafe in the morning and stay there all day without a care in the world whilst happily philosophising about the world and its shortfalls. From here he travelled to Germany just as Adolf Hitler's Nazi Party had gained power and he felt the exhilaration of a nation on the move, he cared not about the direction they were going but was fascinated by a people so determined and so focused.

He was not so impressed with the locals view of Romanians though as they were looked down upon and his intelligence appeared more of a sign of deviousness than something to be commended upon. Romania didn't have the history of an England, France or Spain and he pined for the want of a sense of pride in his nation yet he looked back and convinced himself the only thing Romanians could be successful at was failure and so he studied this trait and wrote about it from every conceivable angle.

Emil loved to wallow in failure, he admired it throughout his adult life and even admitting to a friend he would like to write a philosophy of failure.

Cioran also suffered from terrible insomnia, sometimes he would go for weeks without sleeping and this had a profound effect on his outlook on life as he embraced pessimism as it was his last hope left in the world. This was reflected in his books and his essays with some publishers even refusing to print some of his works.

For all this he was a beautiful writer, he was a crafter of words who could construct a sentence that would grip the mind and never let go. Cioran was the wordsmith who could describe failure and despair with such eloquence that the drama of insignificance suddenly became significant.

Yet he shunned the limelight despite the glowing admiration for his work and the literary awards that were offered but he refused to accept because that would indicate success. Maybe he thought if he embraced success he would lose his creative edge? From fantastic literary minds come great quotes and here is my compilation of 15 of the best Emil Cioran quotes.

The novelist Nic Pizzolatto was impressed to say: "Cioran has no rivals other than perhaps Nietzsche, and many of his philosophies are echoed by Ligotti .... In exploring these philosophies, nobody I've read has expressed the idea of humanity as aberration more powerfully than Cioran"

The philosopher Susan Sontag concurred with his thinking: "As Cioran correctly points out, a principal danger of being overcivilized is that one all to easily relapses, out of sheer exhaustion and the unsatisfied need to be "stimulated," into a vulgar and passive barbarism"

The poet Saint-John Perse was moved to call him: "The greatest French writer to honour our language since the death of Paul Valery" 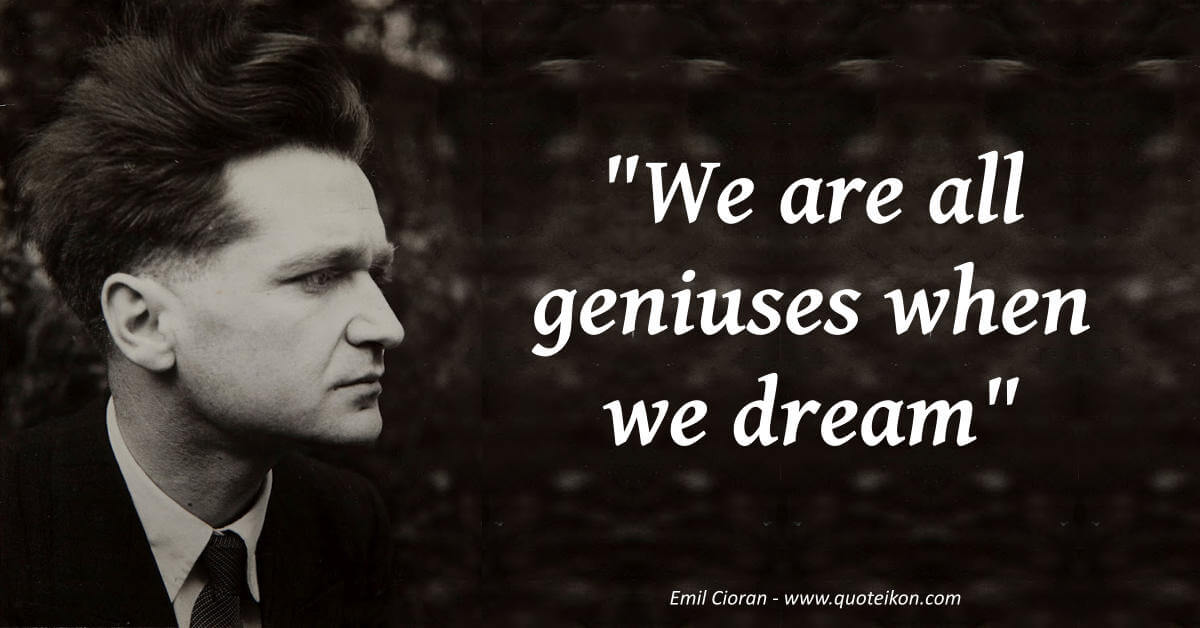