Edwin Henry Landseer was born in London in the spring of 1802 to an engraver father who encouraged him to follow his artistic nature. Young Edwin became an artistic prodigy whose talents were displayed at an art exhibition at the royal academy in 1815.

His ability to capture animal anatomy in exact detail made him popular with royalty who wanted their pet dogs captured on canvas and this led to a number of further commissions from Queen Victoria including tasking Landseer with painting her portrait before her marriage to Prince Albert.

He is also credited with giving life to the myth that St Bernard dogs patrol snowy mountains rescuing freezing souls with a casket of brandy around their necks after he painted in 1820 a pair of Alpine Mastifs rescuing a distressed traveller covered in snow.

He was knighted as Sir Edwin Henry Landseer in 1850 and in 1858 he was commissioned with making his most famous piece of art; The four lions to stand guard at the foot of Nelsons Column. It was nine years until the lions were to be unveiled in 1867 and by this time he was suffering from ill health.

After a long association with the Royal Academy he was elected its president in 1865 but he declined the invitation due to the onset of his health related issues. In his latter years he suffered from occasional madness that was exasperated by his penchant for alcohol.

England mourned his death in October 1873 as large crowds gathered in the street to witness his funeral cortege on route to St Pauls Cathedral for burial. More noted for his painting than his talking he still came out with some memorable quotes so here is my compilation of twelve of the best Sir Edwin Henry Landseer quotes.

Marguerite Gardiner, The Countess Of Blessington was appreciative of his artistic skill sets: "There is in Landseer's compositions an exquisite delicacy of organisation, an acute sense of perception of all that is harmonious in nature or art"

Lord Macaulay enthused: "One of Landseer's hunting pieces is worth all the mystic daubs of all Germans" 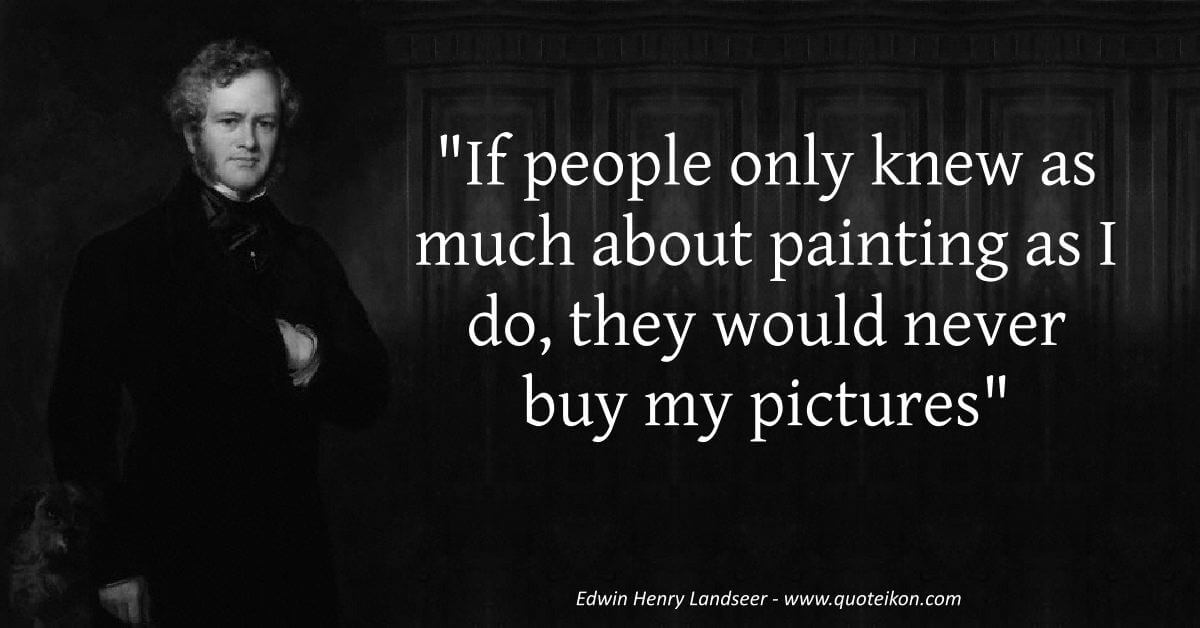