Edward Lear came from a humble background that lacked good schooling but encouraged his abilities to draw and to express himself with words. His imagination knew no bounds and his talent for making nonsense sound interesting in poems is part of his literary legacy to the world.

From an early age he showed artistic promise as his sketches provided a small income during the latter part of his teenage years. He went on to become an ornithological artist as he was a fore runner in drawing live birds as opposed to his contemporaries who used a studio approach using skins or stuffed trophies.

He was a well travelled man that toured much of Europe sketching ancient monuments especially in Italy where he eventually settled in San Remo in northern Italy.

His 1846 publication called "A Book of Nonsense" helped popularise limericks in a new genre that became known as literary nonsense. He also became renowned for creating music for Victorian poems including Alfred Lord Tennyson the poet laureate of the United Kingdom.

With his legacy as an artist intact he was also good for an interesting one liner, so this is my compilation of 11 of the best Edward Lear quotes

The poet Alfred Lord Tennyson wrote this in a poem to him and it now serves as the inscription on Edward Lears' grave stone: "With such a pencil, such a pen. You shadow'd forth to distant men, I read and felt that I was there" 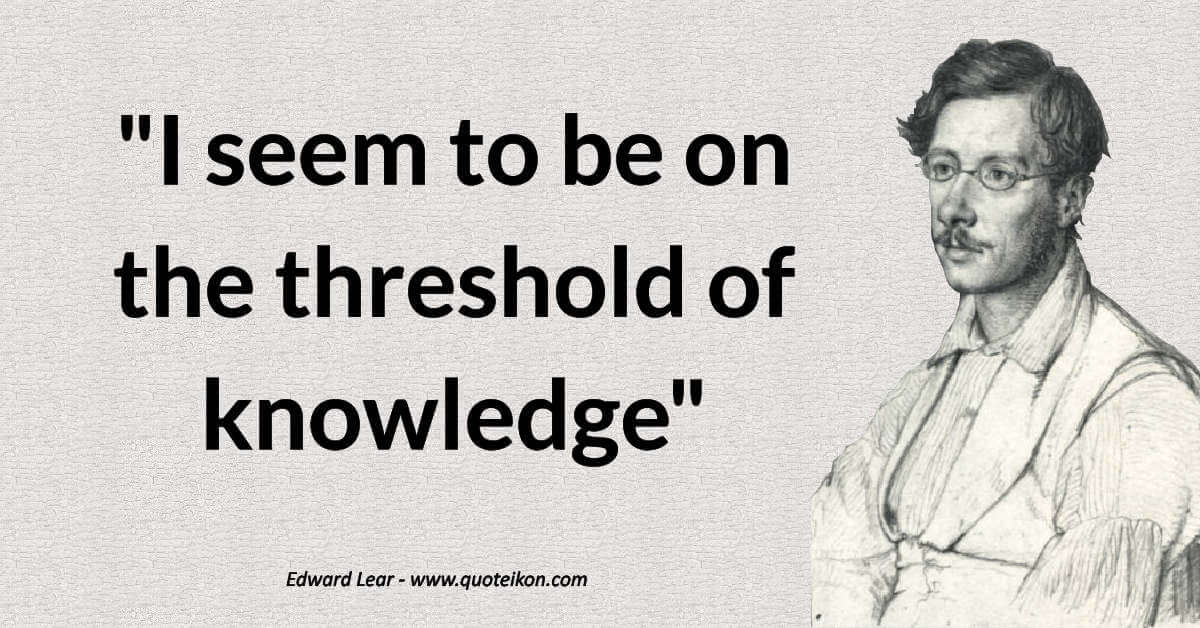