Child stars do not always make the grade as actors after they say goodbye to their teenage years but Drew Barrymore has just kept on going by eking out better and better performances as she matured as an actress on the silver screen.

It was back in 1982 when at the tender age of 6 years old she melted the hearts of the world with her performance in the Steven Spielberg blockbuster E.T. In reality her acting career started well before E.T. with her mother prompting her for roles from being a baby.

Barrymore suffered a well publicised troubled childhood that included a twelve day stay in rehab. The roles kept coming and she got through her youth and by the year 2000 she began to really blossom as an actress.

She starred in and produced Charlies Angels and it was a box office smash in 2000 making Barrymore an in demand actress and producer for the remainder of the decade. Away from the movies she is an avid photographer who has published a photography book entitled 'Find It In Everything' in 2014.

Known for her wild child upbringing and Hollywood lifestyle she has never been shy to share a quote with the world so this is my compilation of 15 of the best Drew Barrymore quotes.

Time Magazine were impressed to call her: "A sensitive director who knows how and when to let an emotional moment linger on the screen" 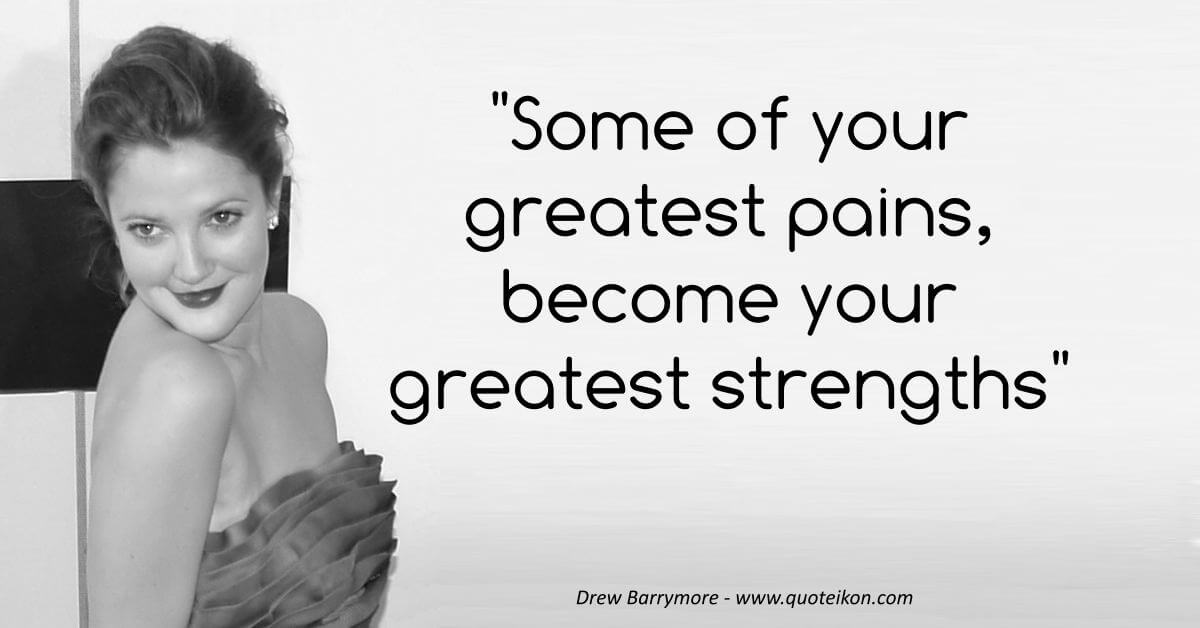