Born Jay Hanna Dean, but Dizzy Dean was the nickname given to this brash and talented baseball player who was regarded as a hero to many during the depression ravaged years of 1930's America.

Dean was a colourful character who liked to make predictions on games and season outcomes and when they actually happened he just nonchalantly mentioned the immortal quote "It ain't braggin' if you really done it".

He was never known for his eloquence although that never stopped him becoming a legendary baseball commentator who liked to shoot from the lip. In his prime as a pitcher his fastball was too much for the best batters of his era and in 1934 he became the last national league pitcher to win 30 games in a season while en-route to winning the world series for the Saint Louis Cardinals.

He had further stints with the Chicago Cubs and the Saint Louis Browns before retiring his fastball for his fast words on the microphone as a sportscaster. He was no shrinking violet who came out with some memorable one liners so I have compiled here my list of eight of the best Dizzy Dean quotes.

Fellow professional baseball player Pepper Martin described his game persona: "When ole Diz was out there pitching it was more than just another ball game. It was a regular three-ring circus and everybody was wide awake and enjoying being alive"

The sports writer Norman Cousins gave this assessment: "He was supposed to be as fast as Walter Johnson and though he couldn't curve them and mix them up like the great Matty (Christy Mathewson), his assortment was better than most"

The Pulitzer Prize winning sports writer Red Smith described him thus: "As a ballplayer, (Dizzy) Dean was a natural phenomenon, like the Grand Canyon or the Great Barrier Reef. Nobody ever taught him baseball and he never had to learn. He was just doing what came naturally when a scout named Don Curtis discovered him on a Texas sandlot and gave him his first contract" 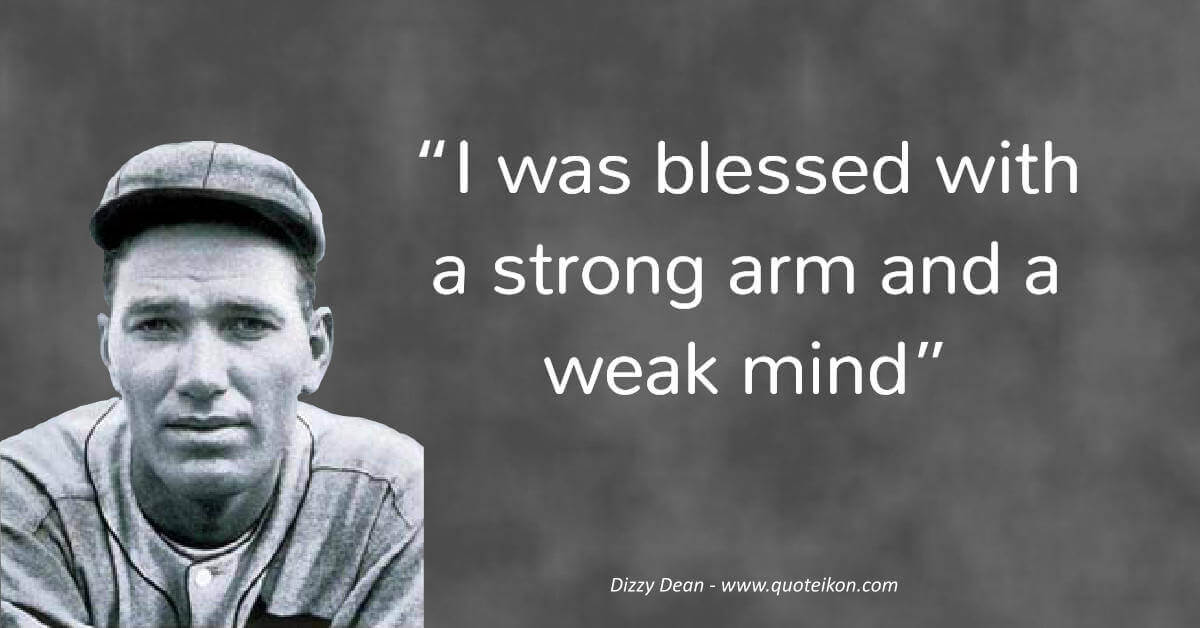