Dirk Borgarde was the box office heart throb of British cinema goers in the 1950's who starred in 63 movies and played uncredited roles in a further 2 films. Before his rise to fame he fought in WWII where he served mostly in Europe and rose to the rank of major and it had an effect on him that would last a lifetime.

As an example; Dirk Bogarde was quoted as saying about the liberation of the Belsen concentration camp: "The gates were opened and then I realised that I was looking at Dante's Inferno, I mean ... I ... I still haven't seen anything as dreadful. And never will".

After the war he pursued his ambition for a movie career and before long he was an in demand matinee idol of the silver screen who could do no wrong. Indeed, the film critic Philip French described him as: "Dark, exotic and yet essentially English".

His first notable role saw him cast as the hardened criminal Tom Riley in the 1950 movie The Blue Lamp. The 1954 success of Doctor In The House presented the opportunity to star in the 'Doctor' series which ran for 5 movies culminating with Doctor In Distress in 1963.

He later starred in 2 notable roles in Death in Venice (1971) and The Night Porter (1973) before he auditioned for the role of Lieutenant General Browning in A Bridge Too Far (1977). When he successfully secured his role in "A Bridge Too Far" he was the only actor cast in the movie to serve at any of the actual WWII battles featured in the film, but this put him at odds with Richard Attenborough the director because he knew the General from WWII and he disputed the negative reflection in the movie of the honourable British officer.

In his later life he became a prolific writer who had a gift for best sellers. He was also good for a one liner so here is my compilation of 21 of the best Dirk Bogarde quotes

Movie director Michael Winner said of him: "Every girl in the country was in love with him. He was the UK's Leonardo DiCaprio of his day"

Film critic and author Margaret Hinxman said about him, "At his peak and with directors he trusted; Joseph Losey, Luchino Visconti and Alain Resnais - Dirk Bogarde was probably the finest, most complete, actor on the screen" 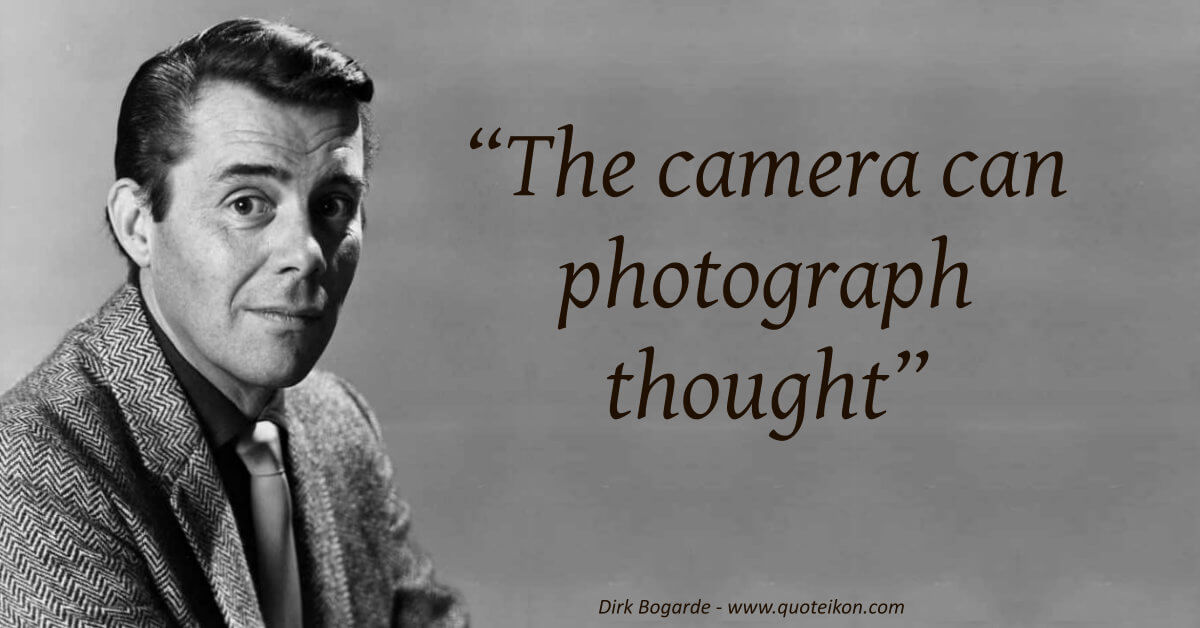