Although Didier Drogba was born in the town of Abidjan in the Ivory Coast his family sent him to live with an uncle in France when he was aged 5. It was in France he learned how to play football and after a few difficult teenage years due to injury he signed his first professional contract with Le Mans at the age of 21.

Drogba's first big break came in 2003 when he signed for Marseilles scoring 19 goals in his first season and winning ligue 1 player of the year. This shone the spotlight on him and Chelsea then signed him for £24 million in 2004 and the story of this Stamford Bridge legend really started to take shape.

Ten years later there were trophies galore as during this golden era for Chelsea they won the premier league 4 times, the F.A. cup 4 times, the league cup 4 times and to cap it off they claimed the Champions league in 2012.

He had a reputation as big game player and the statistics back this up as he scored in all the cup finals he played in when Chelsea were the victors. He signed off in style as he scored the winning penalty in the Champions league final, a fitting tribute to a true Chelsea legend.

When he wasn't banging in goals for Chelsea and the Ivory Coast he was quick witted with a one liner, so this is my compilation of 10 of the best Didier Drogba quotes.

The Arsenal manager Arsene Wenger on hoping for relief through his retirement: "He has always harmed us and he continues. He is a winner and he will be like that until the end of his life"

Sir Alex Ferguson wished he was not so effective against Manchester United: "I kept saying to people, ‘will somebody please shoot Drogba?’ because his performances were unbelievable" 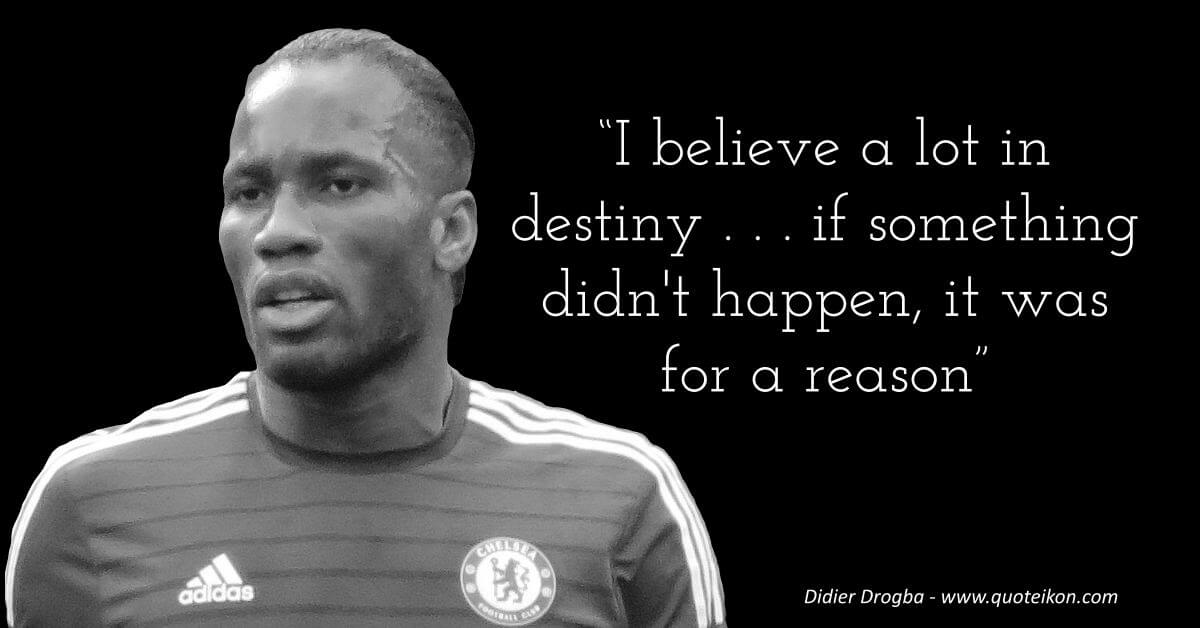