From the streets of Harlem Cicely Tyson rose with dignity and determination to become one of the finest actresses of her generation.

The long hard road to success in any profession is an arduous journey where the weak and the less determined find themselves on the wayside. Cicely Tyson knows this road well as she persistently progressed through the thespian ranks until the spotlight finally turned its glare onto her undoubted talent after the slogging her way through decades of bit parts and small roles.

Cicely Tyson was a determined lady who knew her own mind, she dreamed of becoming an actress and when she informed her parents she was going to pursue her dream it caused an argument and she decided to leave the family home. Her first big break was when a fashion editor at Ebony Magazine spotted her and she was invited for a photo shoot, things escalated and she soon received more modelling offers which got her face more noticed and eventually she started getting roles in off Broadway theatre productions.

Some TV work and small bit parts in the movies followed, so she was making progress, albeit slowly. Her standing in the film industry took an upward trajectory when she starred in the critically acclaimed movie Sounder (1972), her stunning performance earned her a nomination for an Academy Award for Best Actress.

Two years later the plaudits were again slavering over her performance in The Autobiography of Miss Jane Pittman (1974). Suddenly Tyson was being offered major Hollywood scripts but she turned down most roles offered because she wanted to portray only strong women on the screen, it seems Cicely liked to bring her personal strength of character and determination to the screen and raise the profile of her race.

The Cicely Tyson School of Performing and Fine Arts located in East Orange New Jersey was renamed in her honour after the support she gave to the school in their quest to help underprivileged children in the local communities.

Film maker Tyler Perry was full of praise when he announced: "Cicely Tyson chose to empower us when we didn’t even know it was possible for us to be empowered"

Movie director Ava DuVernay was moved to say: "You are the seed for so many of us, the rose that we adore, we blossom because of you and for you" 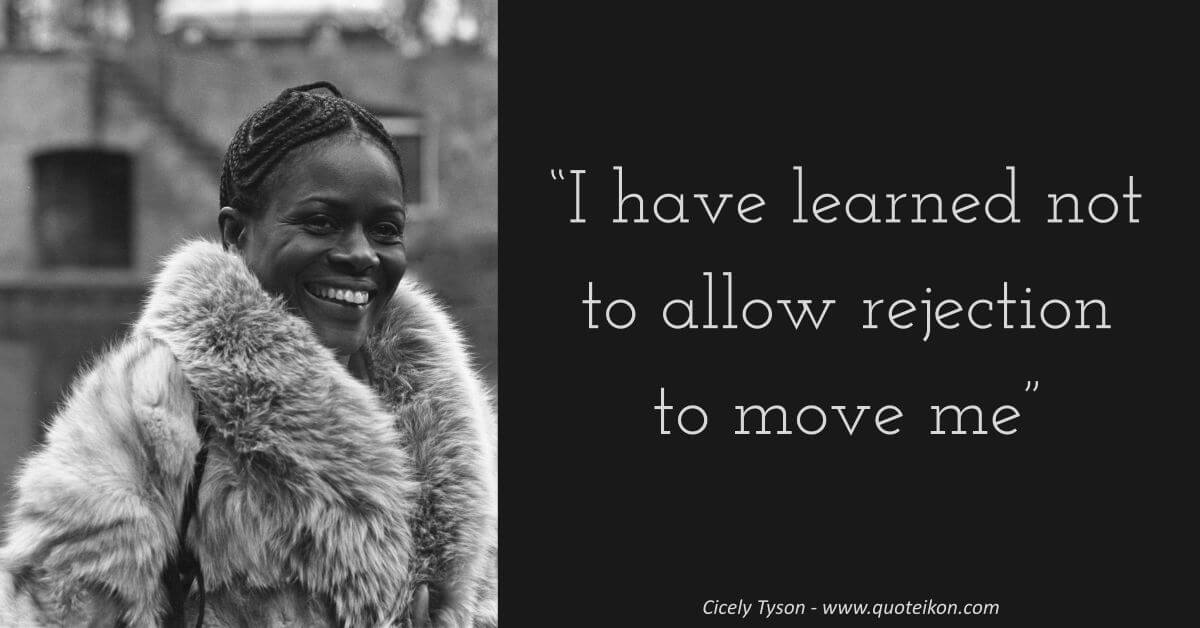