Charles W. Chesnutt was born of mixed race parents into a world defined by impressions created to categorise you and subdue you dependent on your shade of ethnicity. Chesnutt was considered a fortunate young boy because his majority European heritage gave the impression he was a white person, but as he grew up he became proud of who he actually was and he was not prepared to sacrifice either side of his ancestry.

Even though Chesnutt looked like a white person he chose to be classed as an African American rather than disacknowledge his true heritage. He became an educator in black schools in North Carolina and faced the backlash of a lot of prejudice because of this. His true vocation was writing and his style was an eloquent illustration of the social issues he witnessed in the latter half of the 19th century.

His writing was not just about the blatant discrimination of the South but it included a more thoughtful presentation on a person of colours acceptance into what was regarded as "free northern cities and towns" of the U.S. Chesnutt's dalliance with the pen saw him scribe short stories, novels and frequently published stories for popular magazines such as The Atlantic.

His published works never got the traction required to sustain his family during his lifetime so he made his money through his stenography skills in the law courts of Ohio. As with many artists with a natural talent left unrecognised during their lifetime it is up to the world to catch up and realise what the earlier generations could not see, this was poignantly evident with Charles W. Chesnutt as the 20th century civil rights movement clearly recognised.

Innovative thinkers make groundbreaking writers who inadvertently create fantastic one liners, so here is my compilation of 13 of the best Charles W. Chesnutt quotes

The literary critic William Dean Howells described him as: "notable for the passionless handling of a phase of our common life which is tense with potential tragedy; for the attitude almost ironical, in which the artist observes the play of contesting emotions in the drama under his eyes; and for his apparently reluctant, apparently helpless consent to let the spectator know his real feeling in the matter"

The author William L. Andrews shared this assessment: "Today Chesnutt is recognized as a major innovator in the tradition of Afro American fiction, an important contributor to the deromanticizing trend in post-Civil War southern literature and a singular voice among turn-of-the-century realists who treated the color line in American life" 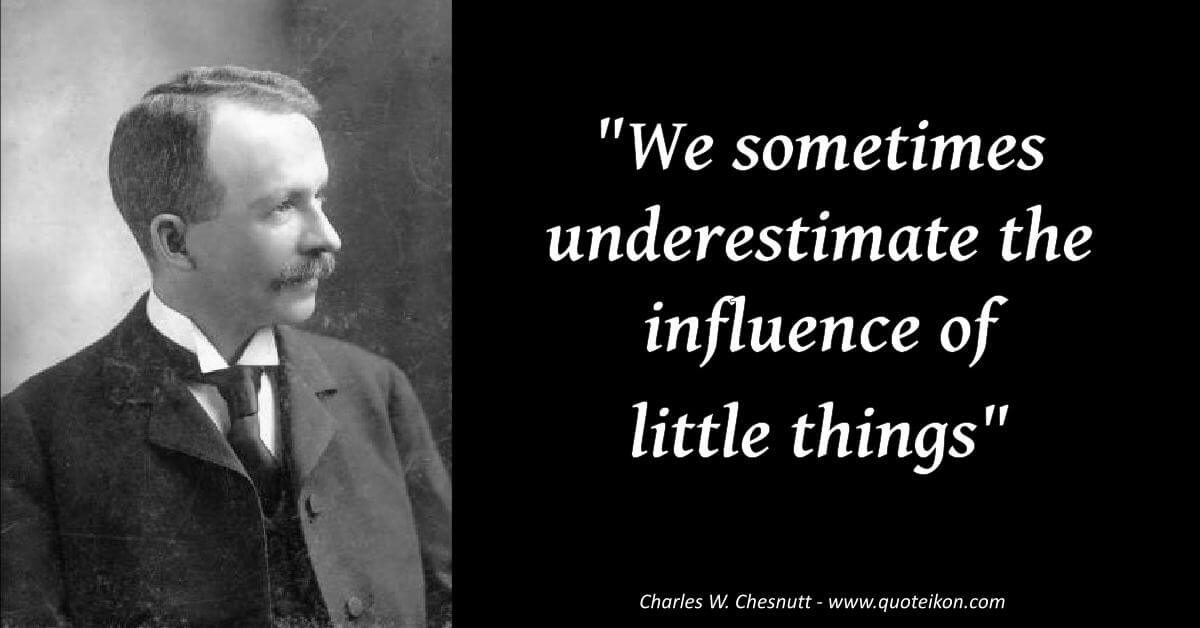