Sir Charles Barry was born in Westminster, London on the 23rd May 1795 and received a private education until aged 15 when he started an apprenticeship learning architecture and surveying.

He showed an aptitude for drawing which he exhibited many times to the Royal Academy whose goal was to promote the work of artists and architects.

A large inheritance bestowed upon Charles Barry in 1817 gave him the financial means to travel extensively throughout the historic cities of Europe and the middle east. He spent three years sketching his way around the architectual splendour of France, Italy, Greece, Turkey, Egypt, Palestine and Syria. He completed over 500 complex sketches in all and these were to be used as his architectural inspiration in years to come.

Once back in England Barry was appointed to design many churches mostly in the Gothic style. Following the 1934 fire at the houses of parliament Barry won a design competition for the new building and he devoted the rest of his life to this project.

Sir Charles Barry died in London on 12th May 1860 and he was interred in Westminster Abbey. His son Edward Middleton Barry took over the reins of his fathers work and completed the building of the houses of parliament which is also known as the Palace of Westminster

The Emperor Nicholas once described the Houses Of Parliament thus: "It was a dream in stone"

The French architect M Hittorff gave this assessment: "It was only after he built the Travellers and Reform Clubs that we recognised in him a capacity truly unusual, joined to a quality rare amongst the English - I mean a predominant sentiment of art"

His fellow architect Augustus Pugin made this remark: "I could not have made that plan. It was Barry's own. He was good at such work" 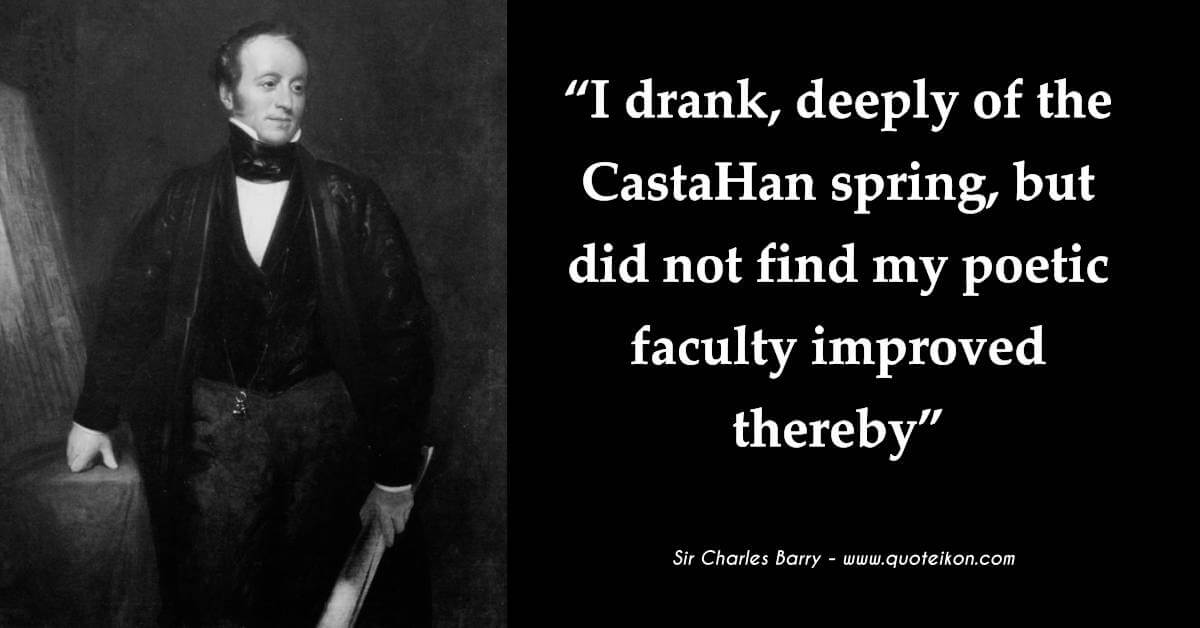