Brigitte Bardot was the Parisian girl who single handedly in a non-calculative way, led a feminine revolution after she exploded onto the gossip columns with the release of the 1956 movie "And God Created Woman". The film gained notoriety in tandem with its international success, upon its release in the U.S. cinema managers were being arrested for screening the movie as it caused a moral outrage.

The scandal spread back to Europe as the tabloids scaled the moral high ground in search of a rationale behind the BB phenomenon with newspaper editors interviewing psychologists and sociologists in an attempt to out moralise each other with holier than thou conjecture. The editor of the Paris-Match Raymond Cartier was quoted as saying: "Bardot is immoral, from head to toe". Fashion designer Nicole Farhi was inspired as she gushed: "Bardot was totally liberated; it was extraordinary to see, especially at a time when no women were allowed to be".

Bardot was the first really liberated French woman who had her own mind and didn't give a damn what anybody thought, and whether society liked it or not she changed the way women thought about themselves as the fairer sex grew bolder and more confident in their feminism.

Brigitte was not an immoral person, bohemian yes but never lewd as her fashion sense flashed less flesh than most of her actress peers. The glaze of the ever present limelight took its toll on the darling of the French silver screen and she retired from acting in 1973 at the still young age of 39. Bardot was very astute as she observed: "The majority of great actresses met tragic ends. When I said goodbye to this job, to this life of opulence and glitter, images and adoration, the quest to be desired, I was saving my life".

She found fame suffocating and liked nothing more than being at home with her rescued furry friends rather than entertaining the paparazzi on the red carpet. She set up the Brigitte Bardot foundation which has been successful in creating animal sanctuaries and veterinarian hospitals around the world.

Unlike other goddesses of the silver screen she accepted the aging process gracefully and never has a surgeons knife come close to any cosmetic enhancements on what was the worlds most beautiful face of the 1950's. Although the sex kitten is long gone her legacy is still alive with todays celebrities acknowledging her work by recreating the "Bardot pose" for photo shoots and appreciating the barriers she broke down so they too could be sexually empowered. She was never short of an infamous opinion so here is my compilation of 20 of the best Brigitte Bardot quotes

Movie director and ex-husband Roger Vadim spoke candidly about her: "Brigitte always gave the impression of sexual freedom - she is a completely open and free person, without any aggression"

Social theorist Simone de Beauvoir quipped in 1962 about the star's importance to French GDP: "As much hunter as she is prey… Bardot is as important an export as Renault automobiles"

Time Magazine dubbed her: "The princess of pout, the countess of come hither. Brigitte Bardot exuded a carefree, naive sexuality that brought a whole new audience to French films"

The author Marie-Dominique Lelièvre described her thus: "Unlike Hollywood actresses who played by the rules, Bardot set her own"

Marie-Dominique Lelièvre went on to say: "She attracted women who wanted to do like her, and men who simply wanted her" 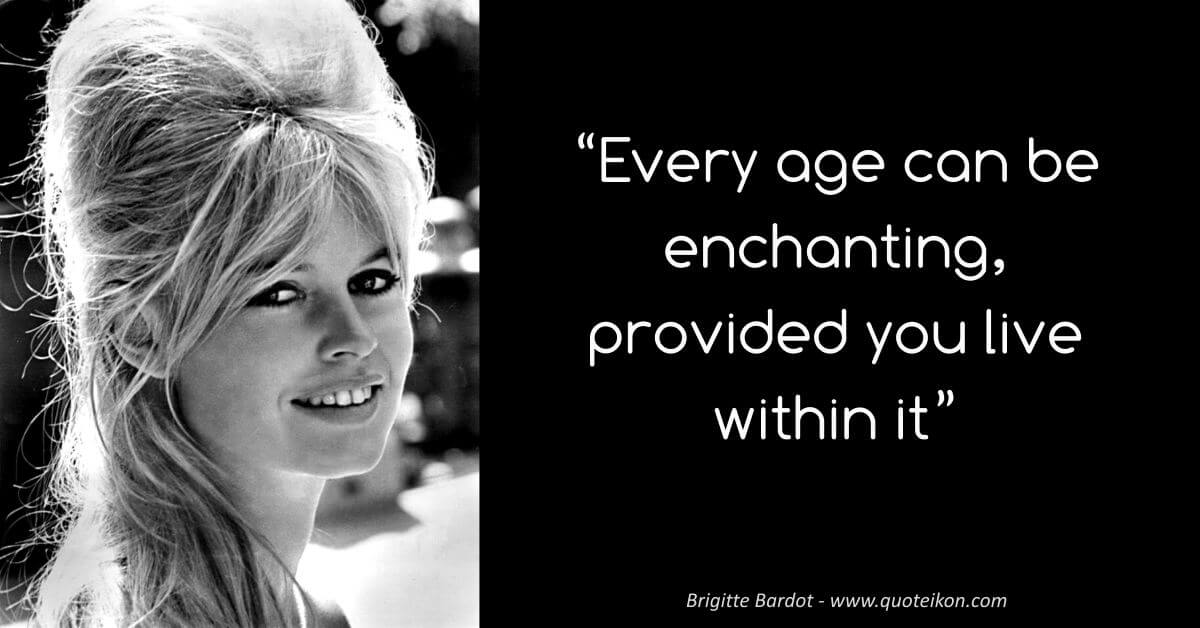