Looking back on the career of Brian Clough it is hard not to get caught up in the hype surrounding his very public controversial statements that made more headlines than his successes ever did.

But behind the man, the mouth and the legend that was Brian Clough the successes he achieved defied footballing logic, not once but twice he brought a lowly provincial club to the pinnacle of English football and to cap it all he won back to back European cups.

His former players regularly tour the speaking engagement circuit regaling epic stories of Cloughie at his abrasive best, as many have said there was never a dull moment and he was pure box office.

Clough's influence was not just on his former players as some of the greatest football managers were inspired by him such as José Mourinho and Arsene Wenger who both waxed lyrical about the Cloughie style of management with the former quoted as saying of him: "He had this super profile, like he is Prime Minister" and Wenger stating that: "He’s a special person in English football. It is beyond his achievement, it’s his personality that has left a huge print in the history of the game".

Brian Clough was the greatest British football manager, he was also the greatest English manager that never managed the England team, yes he is gone but he will never be forgotten, so here is my compilation of 15 of the best Brian Clough quotes

Sir Alex Ferguson was full of praise: "He's done something unique. He's won two leagues with provincial teams, not the big guns, and he's won the European Cup twice in a row with a provincial team"

Former footballer Duncan McKenzie spoke in awe: "He was box office, wherever he went. He broke the mold, had a different style of management to anyone else, he was an amazing man"

Ex Nottingham Forest player Kenny Burns was quoted as saying: "Cloughie is the greatest English manager ever, he saw things that nobody else could see, that was his beauty" 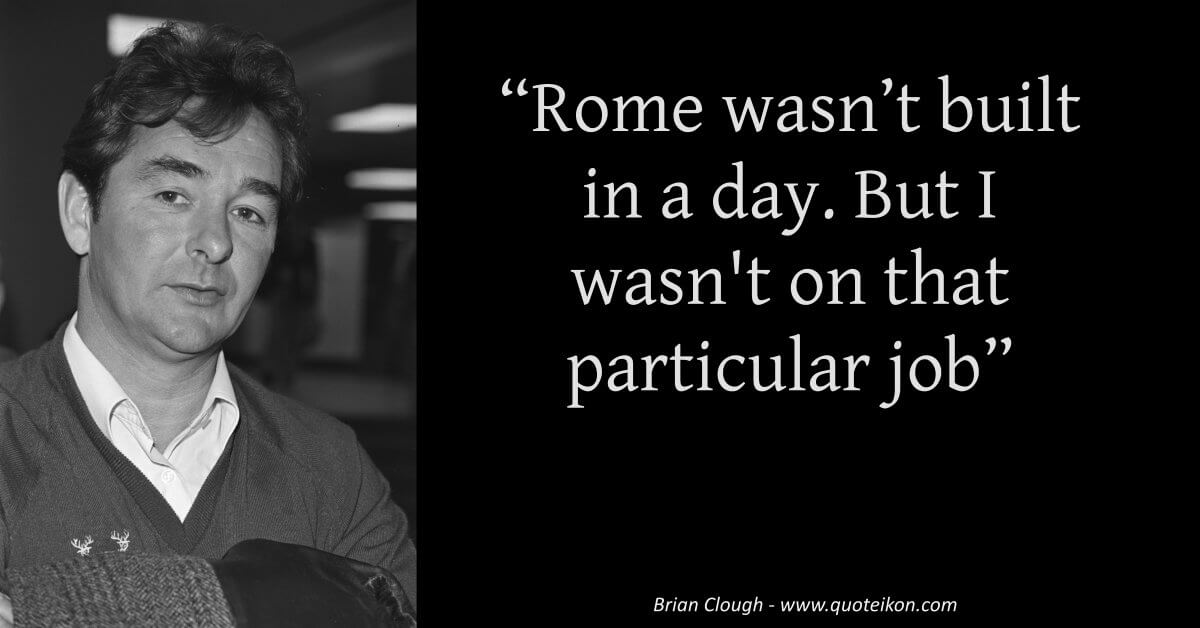