Bob Denard was a legend among mercenaries, for nearly 30 years he was a gun for hire and there were many takers looking for someone with a ruthless streak to enforce rebellions, coups or just maintain order.

Denard led 4 coup d'état at the Comoros Islands, one in Benin and he and his troops earned the nickname les Affreux (the Dreadful). He saw action in Angola, helped support the government in Congo, helped the royalist rebellion in Yemen, was employed by the Shah of Iran and was involved in various uprisings in Gabon, Nigeria, Rhodesia and Zaire.

He always maintained he had the tacit support of either the French government or French secret services and he was tried on 3 occasions in France and although found guilty he never really served any jail time due to government witnesses giving mitigating evidence in his support.

Bob Denard was a man whose actions spoke much louder than his words, but when he did iterate his one liners he gave it some meaning, so this is my compilation of 12 of the best Bob Denard quotes.

His biography Georges Fleury shared this observation about his time in the Moroccan police: "He met people who noticed that he was quite gifted for shady affairs"

A former head of a foreign intelligence agency gave mitigating evidence at his 2006 trial: "When special services are unable to undertake certain kinds of undercover operation, they use parallel structures. This was the case of Bob Denard"

The journalist Antoine Glaser shared this assessment: "His importance to 'Françafrique' was much greater than was ever admitted at the time. ... He was the armed agent of the French secret services, especially at the height of the Cold War" 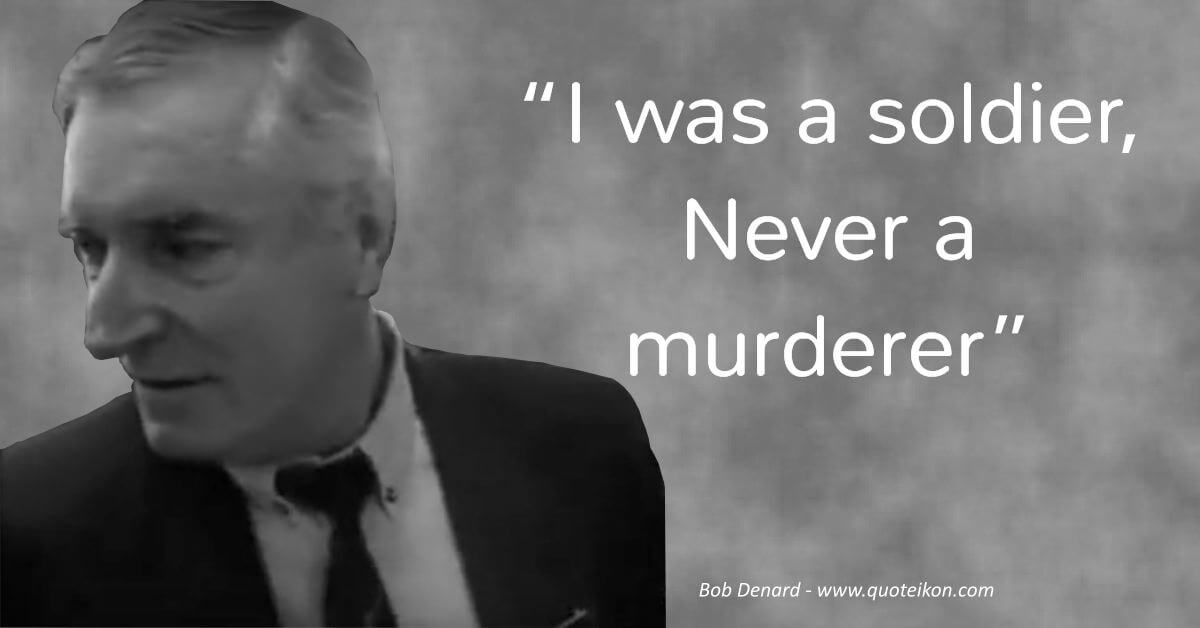