Birgit Nilsson was the queen of the Soprano range who could chow a whole Wagner opera in one sitting and stream it out at full force seemingly imperious to the human laws of the respiratory system. She is often considered to be the finest Wagnerian soprano of the twentieth century where few could match her stamina for holding notes so breathlessly.

Her career initially started slowly as her repertoire went from Mozart to Beethoven, Puccini to Strauss and onto the more vocally demanding Verdi and Wagner and as she swallowed them all whole her full potential was finally coming to fruition.

She spent much of her career in the shadow of Astrid Varnay her fellow Swedish soprano she would eventually eclipse, however there was no bitter professional rivalry as Nilsson looked up to Varnay and held her in awe as an exemplary role model.

Her dramatic awareness was as natural as her voice and she could improvise on stage with the best of them. At her peak the sheer physicality of her voice was unmatched, but she was so much more that the greatest soprano of her generation as she was an accomplished actress who could deliver who was a natural entertainer.

Ioan Holender a director of the Vienna State Opera enthused: "If there ever was someone that one can call a real star today and a world-famous opera singer during her time then that was Frau Nilsson"

The conductor James Levine described her thus: "Birgit was unique. Her voice, the dedication of her artistry, her wonderfully wicked sense of humor and her loyal friendship were in a class by themselves"

Astrid Varney showed respect as she spoke of her contemporary: "Even with our helmets on, we never locked horns" 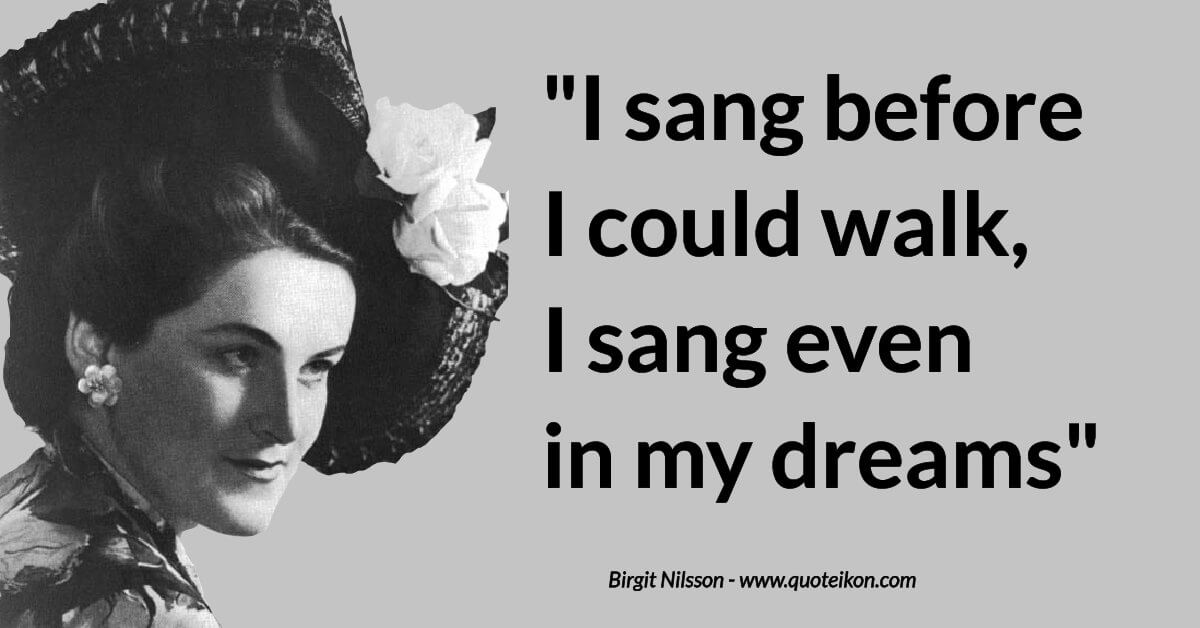