Augusto Roa Bastos was the author whose pen held firm to his incongruous juxtapositions which saw him live four decades of his life outside of his beloved Paraguay. Hailed as one of the twentieth centuries finest South American writers he intertwined the beauty of his surrealist prose with real life dictators both historic and present during his day.

As a young boy he fought against the Bolivians in the Chaco War that started in 1932 and rumbled on to its bloody end in 1935. The impressionable boy who loved poetry became both a man and a pacifist as he saw first hand the atrocities of war that caused such heart break for all but the undertakers. After the war his writing kept him busy as a poet, playwright and journalist until the 1947 civil war changed his life forever.

His biggest misfortune was to actively voice his displeasure at the eventual victor and he was forced to flee to an Argentinian exile that would last until 1976. The paranoia of military dictatorships saw him again flee to exile when his his famous book "Yo, el Supremo" was banned in Argentina in 1976 and so it was France for his next destination of exile.

He did slip back into Paraguay incognito in 1982 but was subsequently arrested and swiftly deported minus his passport as Augusto Roa Bastos was quoted as saying: "They said I was a dangerous Marxist agitator who preaches subversion, when all I want is the possibility of a pluralist democracy, as has happened in Argentina, Brazil and Uruguay".

In 1989 after the toppling of the Stroessner regime he was welcomed with open arms back to his motherland where he remained until his death in 2005. The celebrated writer was as quick witted with the spoken word as he was with the tip of his pen to paper, he was good for a one liner also so here is my compilation of 15 of the best Augusto Roa Bastos quotes

The author Carlos Fuentes described him thus: "He is his country's most eminent writer; his works are few, self-contained and brilliantly written"

Carlos Fuentes went on to say of him: "Mr. Roa Bastos is especially good at rendering, in a flash, the fascinating cultural gap of Latin America, where the elite worships modernity, progress and the law, and the people worship Guarani jungle deities"

The author Juan Manuel Marcos was impressed to say of "Yo, el Supremo" that it: "anticipates many of the post-boom writing techniques [such as] the carnivalization of historical discourse, transtextualization and parody"

The critic Michiko Kakutani was impressed to say that his book could: "reverberate with a fierce surrealism - studded with Borgesian images of mirrors and labyrinths, mystical eggs and blankets made of batskin" 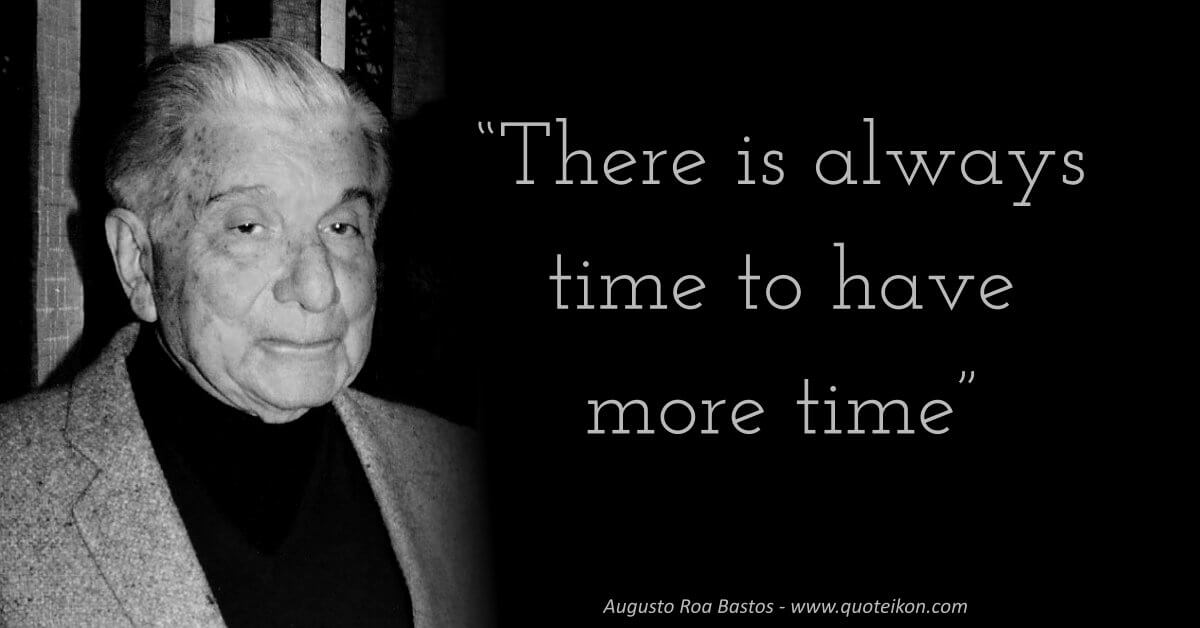