Anthony Casso was Brooklyn born and bred and once his southern Italian ancestry was aligned with his early penchant for violence it was not long until he was recruited into the professional ranks of organised crime in the Luchesse family.

Casso steadily rose through the ranks while gaining a reputation for ruthlessness with his enemies that earned respect amongst the mafioso.

During the 1980's Casso became the second in command of the Luchesse crime family but various power struggles with the Gambino crime family led to many unfortunate murders that heightened the authorities determination to take down organised crime syndicates.

The 1990's proved a decade too far for running criminal rackets but nevertheless Anthony Casso still received a tip off from the FBI that he was about to get his collar felt by the long arm of the law.

For more than 2 years Casso was a mob boss in hiding still pulling the strings until his eventual capture in 1993.

Anthony Casso then done the unthinkable by turning states evidence against all his former mob associates in a desperate attempt to avert a life behind bars.

Despite cutting a desperate deal Casso ignored the FBI's advice to keep his head down and his mouth shut until his various indiscretions eventually reached a tipping point whereby the authorities rescinded the leniency agreement they had with him and he was unceremoniously removed from the witness protection programme.

Anthony Casso has bizarrely become the first big crime boss to be removed from witness protection and is currently serving his 455 year sentence. Whether mobsters are wise cracking on the street or singing like a canary they are always good value for a quick quip, so this is my compilation of 15 of the best Anthony Casso quotes

Authorities described Anthony Casso: "as a violent and ruthless mobster"

Assistant U.S. Attorney Greg O'Connell stated the pressure was mounting: "Casso is facing an indictment that is radically more serious than the one he fled in May 1990" 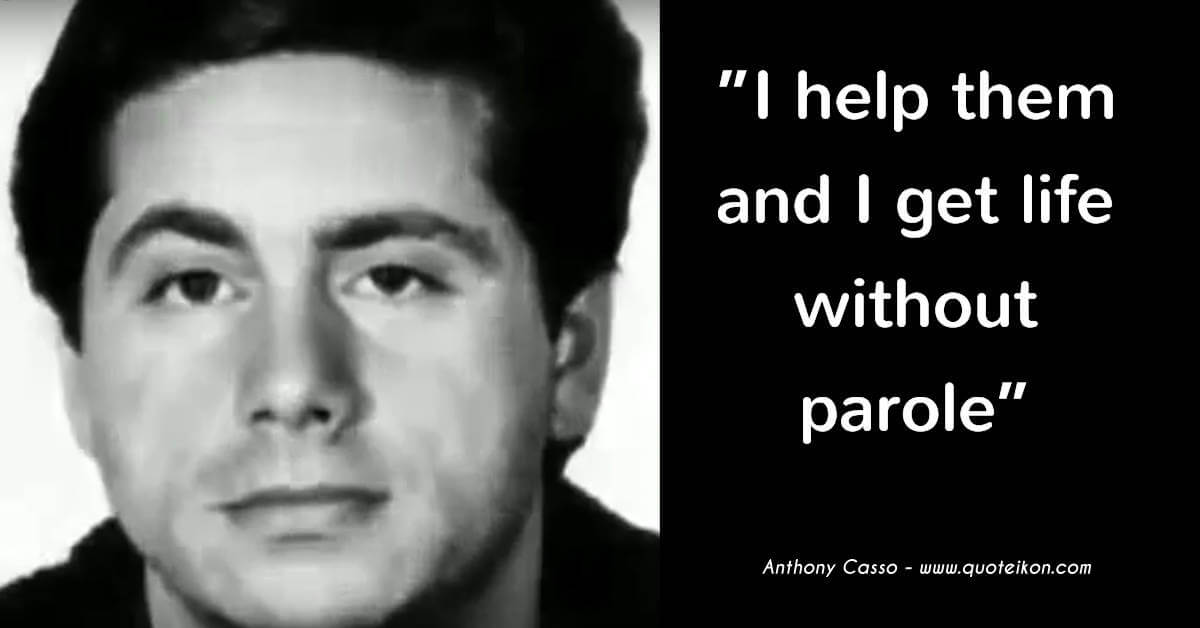