The Allen Allensworth story is one of hope reigns eternal and the universe giving him exactly what he wanted, freedom and the ability to earn his own keep. During the American civil war he secretly enlisted with the 44th Illinois Volunteers after they set up camp nearby his masters house while marching on the confederates.

The irony of being able to join your slave masters enemy must have been very self satisfying for a man who was born into servitude. He saw out the war first with his army unit and then joined the Union navy for 2 years.

After the war he joined the baptist church and years later he became a chaplain in the U.S. army with what was known as the buffalo soldiers or an all black regiment. He rose to the rank of Lt Colonel before retiring from service.

Not content with his lot so far he then established the town of Allensworth in Tulare county which was the first black only funded and built settlement in California. It was challenge finding letters with words attributed to him, so far my compilation is 15 of the best Allen Allensworth quotes.

The author John Steven McGroarty described him thus: "Born in slavery and sold as a human chattel on the block of the slave market of Henderson, Kentucky, this man fought his way with a dogged persistence and a sublime courage to a place of peerage in the affairs of the nation that had shackled himself and his fathers"

The author Charles Alexander was impressed to say: "The slow, steady climb up from the lowly estate of slavery to one of the most honorable positions in the gift of a great nation, the reward of merit, required something more than mere physical effort. This climb required, first of all, character. Colonel Allen Allensworth has won his victories; and the future generations must know about them. They will afford inspiration to the ambitious"

A Brigadier General in the U.S. army, J. Milton Thompson wrote in a letter to Allensworth: "Referring to your service in the Army, I desire to go on record as saying that I consider you the most all round efficient Chaplain I have known in the Army during my entire service. For years you have retained the respect of officers and men with whom you have been associated. You have at all times worked for the improvement of your regiment and the service" 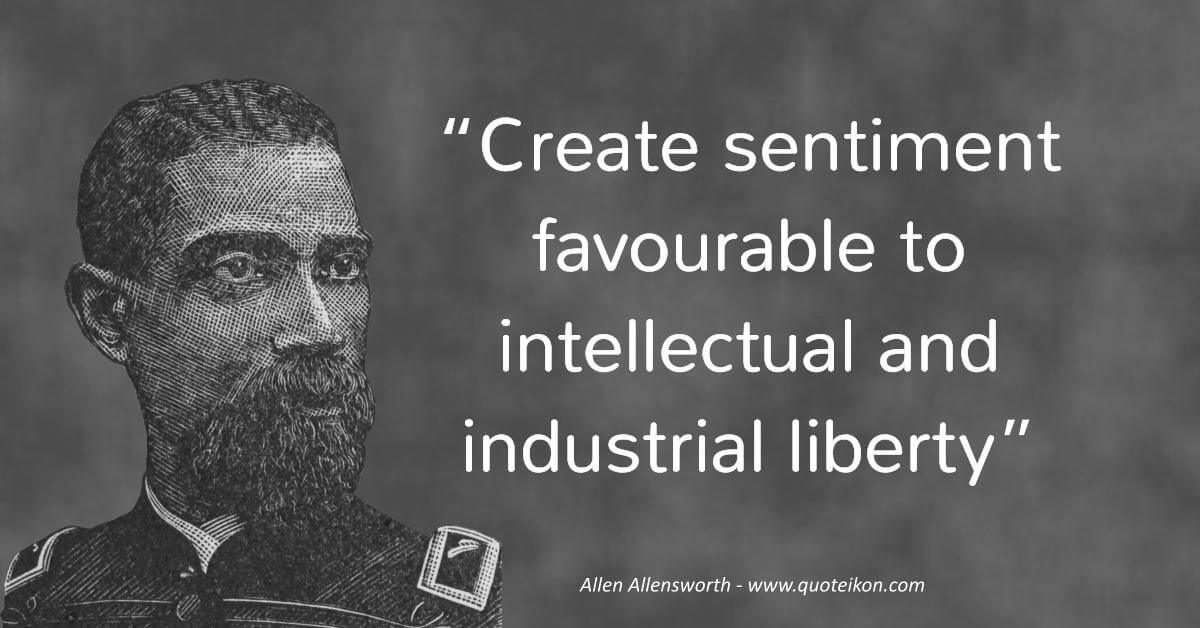