The sharp wit of Adrian Durham has been disturbing the UK airwaves with his no nonsense approach to the controversial issues that dominate the football headlines week in and week out.

It makes for great entertainment as a straight faced Adrian Durham engages supporters and sports personalities in light hearted banter in his sports radio show.

Down the years he has been known for a few good one liners, so here is my compilation of 15 of the best Adrian Durham quotes.

The former footballer Chris Sutton made this comparison about Durham and his co-host Darren Gough: "You two are like Roger De Courcey and Nookie Bear. It's embarrassing. You're a lapdog"

The media personality and Arsenal fan Piers Morgan clashed with Adrian over the invincibles: "You don’t think fans of other Premier League teams want to go a season unbeaten? Don’t be ridiculous" 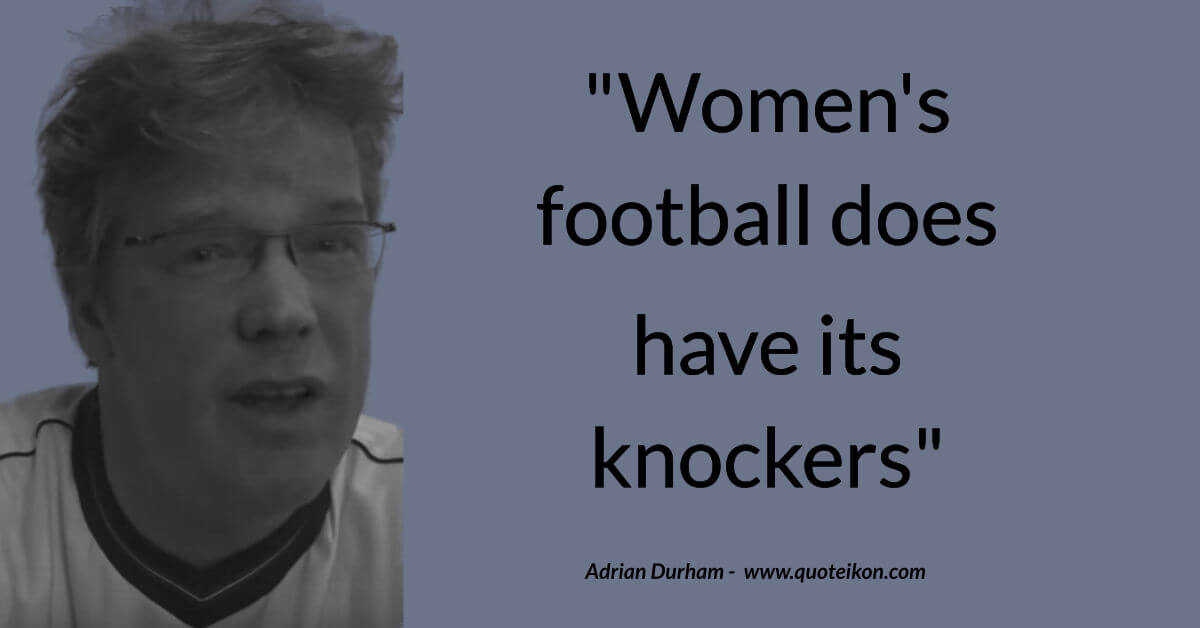