Abraham Maslow was the American psychologist who turned the world of his profession upside down by focusing on the positive psychology of people rather than the well trodden cash rich path of treating negative mental health. His 1943 paper: A Theory of Human Motivation first outlined the five sets of needs that would later transpire to become known as "Maslow's Hierarchy Of Needs".

The theory stated that as each set of needs was satisfied then the desire to achieve the next level of needs would kick in, although the order that each need was achieved would differ from person to person the basis was there for all to see and recognise. The basic needs of eating, drinking, sleep, sex and the toilet were the first level to be achieved followed by the need for safety, security and financial stability while by the need of friendship, love and family made up the third level.

Acceptance, achievement and recognition made the fourth tier while what Maslow termed as 'self actualisation' was the pinnacle of his hierarchal list. He believed that very few people actually achieved self actualisation and Abraham Maslow was quoted as saying: "The story of the human race is the story of men and women selling themselves short".

Another one of his quotes was "What a man can be, he must be", meaning that in order to achieve fulfillment a man must do what he was put on this earth to do; A runner must run, an artist must paint, a poet must write, a doctor must cure etc... Most people fall short on their ambitions and settle for safety rather than pushing on into the growth that they need to realise their true vocation in life.

Management theory has been a great adopter of Maslows work as anyone who has sat on a management course can testify to seeing numerous versions of his hierarchal pyramid. Psychologists utter some fantastic one liners and he was no different so here is my list of 16 of best Abraham Maslow quotes.

The author Kendra Cherry described him thus: "Maslow became one of the founders and driving forces behind the school of thought known as humanistic psychology. His theories including the hierarchy of needs, self-actualization and peak experiences became fundamental subjects in the humanist movement"

The researcher Roy J. deCarvalho shared this assessment: "He formulated a humanistic view of human nature and studied its implications for education, management, social psychology, ethics, and philosophy of psychology" 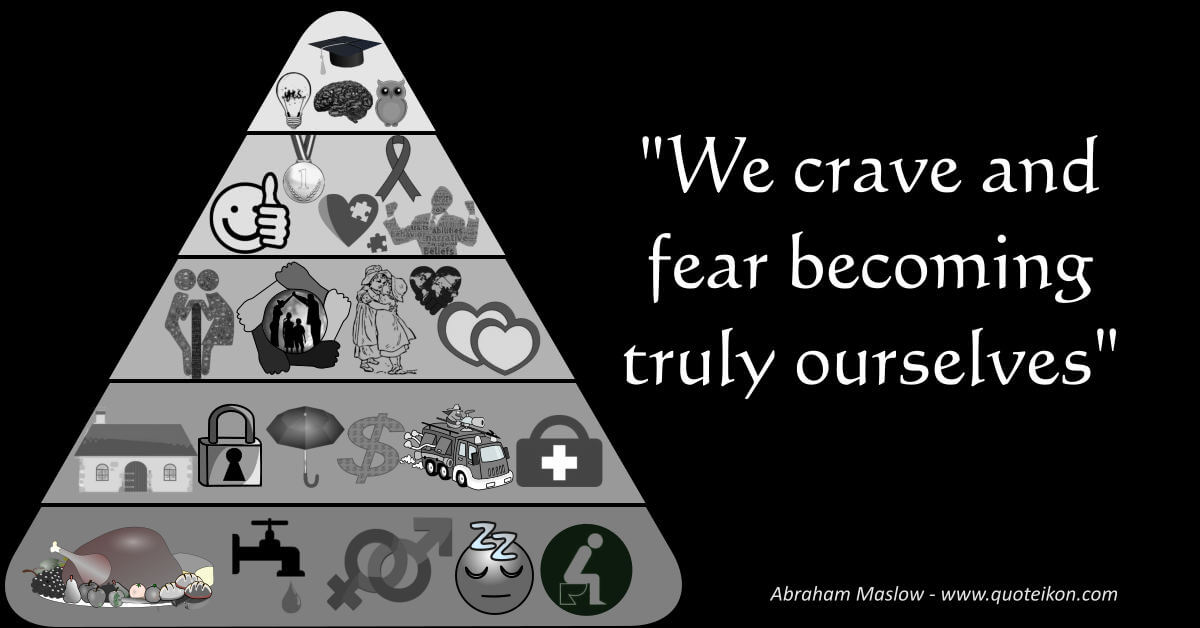