Zach Galifianakis is the epitome of stand up black comedy enthusiastically delivering his deadpan self-deprecating dialogue with aplomb that takes you to the edge of surreal nervousness where you sit uncomfortably yet laughing hysterically at the same time.

This was the insane line of comedy he walked for many years before his 2009 blockbuster hit "The Hangover" which elevated him to the A list of comedy icons.

Behind the beard is a man of quick wits and intelligence who just happens to contemplate some of lifes more awkward moments in his acting persona.

It is Zach's unpredictability that keeps you on the edge of your seat, you never know what will come next from him and with those staring eyes he can easily slip into the most insane roles that Hollywood has to offer.

With a caustic tongue and a sense of Machiavellian humour it is difficult to discern whether he is being serious or still in character so it made interesting research compiling my list of 16 of the best Zach Galifianakis quotes.

The journalist Mike Peters described him thus: "Despite an imbalance in his acting résumé, there is one area in which he continues to excel: stand-up comedy. His style is unorthodox - incorporating a piano and occasionally other musical elements, often straying from his scripted jokes and interacting with audience members"

The critic Ben Kharakh was impressed to say: "Zach Galifianakis is probably one of the most unique comedians in the circuit today"

The producer Scott Aukerman on the build up to the "Between Two Ferns" project: "I just knew I wanted to work with Zach on something. So we had money and I just said, Hey, whatever you want to do, let's do" 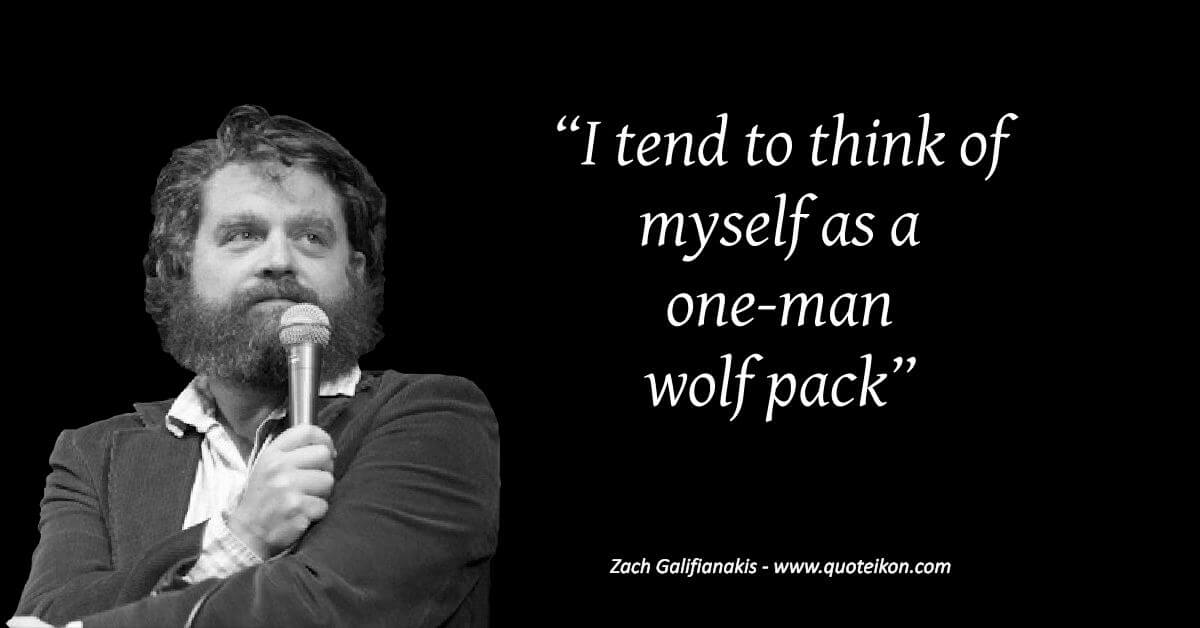