There are not many people that can boast a career that has lasted in excess of 70 years let alone be still performing to sell out crowds as a nonagenarian. Tony Bennett has done it all and seen it all in the entertainment industry in the 8 decades that have passed since he gallantly served the U.S. army where he fought in the European theatre during WWII.

The war had a lasting effect on Tony as the waste of human life he witnessed turned him into a life long pacifist with a disdain for rockets and guns. His singing career got underway after WWII under the stage name of Joe Bari until Bob Hope discovered him singing in New York's Greenwich Village.

Bob Hope took him under his wing and Bennett supported his act on the road. As the 1950's beckoned Tony's acclaim grew and it was not long until he cut his first record deal at Columbia with "Because of You" becoming an instant hit.

Throughout the 50's and the following 6 decades Tony was a relentless sensation who had albums charting in each of these 7 decades. He has the distinction of performing to 11 U.S. presidents and played to sold out audiences worldwide eagerly anticipating hits such as his signature tune "I Left My Heart In San Francisco" and "When Do The Bells Ring For Me".

Bennett has been awarded 19 Grammy's and has sold in excess of 50 million albums worldwide. Tony's other passion is painting, he is a renowned artist and his paintings have been exhibited in galleries around the world. As with most native New Yorkers he was always good for a one liner so here is my compilation of 15 of the best Tony Bennett quotes

Singer Josh Groban made this observation: "Tony has that indescribable nuance, that pathos to his voice that always tells a story"

Gloria Estefan took inspiration from him by saying: "He gets up every day, happy to create and to do something new. He’s really someone to look up to"

Lady Gaga gushed about him with these meaningful words: "Tony, you are indeed an icon. But for me, you’re so much more than that"

Frank Sinatra summed him up thus: "For my money Tony Bennett is the best singer in the business. He gets across what the composer had in mind, and probably a little more"

Cary Grant shared this advice with Tony: "Just go and become a performer in front of audiences - you're alive, they're cheering you" 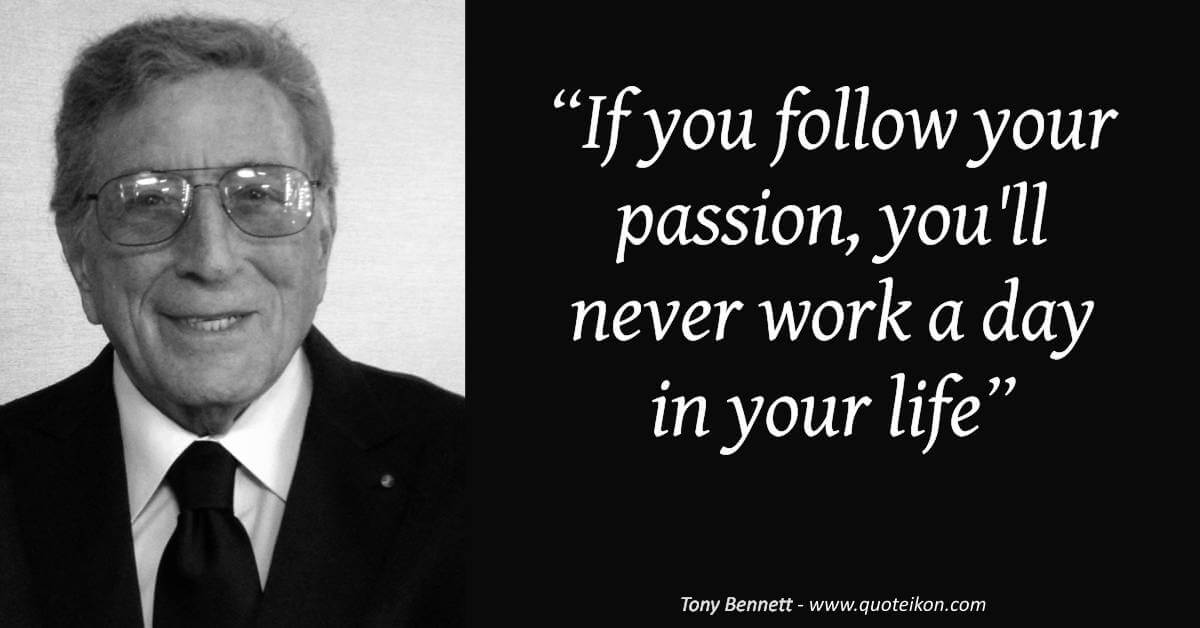