From the moment Suzanne Lenglen first set foot on the immaculate green grass courts at Wimbledon in 1919 she was destined to become the first superstar of tennis. Lenglen had just turned 20 yet she did the unthinkable and beat the seven time Wimbledon champion Dorothea Lambert Chambers in a gripping three set match.

Suzanne returned to Wimbledon where she claimed the title for 6 years out of 7 between 1919 and 1925 with only 1924 being unsuccessful as she withdrew on medical advice after winning a difficult semi final due to suffering from jaundice.

Lenglen was just as successful at the French Open where she won the tournament in every year she entered from 1920 up to 1926 with only 1924 not seeing her win the title due to absence because of illness.

Lenglen was the first real character of tennis who generated as much interest in her flamboyant style as her sporting prowess. She wore make up and she would stride onto court in glamourous outfits. Suzanne was the first to wear what was considered a risque cotton dress cut above the calf and to reveal her forearms and her positive character gave her the confidence to interact with the press where she could give as good as she got.

Her games would make front page news and she filled the stands in every tennis tournament she played in. In the roaring twenties she became the biggest personality in Europe eclipsing the silent movie legends, singers, politicians and even radio stars as the press lapped up her every move.

Lenglen finished her career with a staggering win ration which stood at 341-7, a winning percentage of 98.0% although she never became rich in an amateur sport that was played for silverware and not money.

As flamboyant as they come, when she held court everyone listened as she was good for a quick quip or two, so without further ado this is my compilation of 12 of the best Suzanne Lenglen quotes

Her doubles partner Elizabeth Ryan described Lenglen thus: "She owned every kind of shot, plus a genius for knowing how and when to use them. She never gave an opponent the same kind of shot twice in a row. She’d make you run miles … her game was all placement and deception and steadiness"

Ryan went on to say: "She was the greatest woman player of them all. Never doubt that"

The American tennis player Bill Tillden made this observation: "Her costume struck me as a cross between a prima donna and a streetwalker"

The September 13th 1982 edition of Sports Illustrated ran with this headline: "Suzanne Lenglen drank, swore and had lovers by the score - and played tennis incomparably, losing once in seven years"

The French tennis player Jean Lovera was impressed to say: "She jumps, leaps, hits balls in the air, lifts her leg to the sky for a smash: we’ve never seen anything like it. The spectators are fascinated by her grace and the speed at which she moves"

Billie Jean King paid her this tribute: "Suzanne Lenglen was huge to me because she was the first superstar of the sport. The reason we play at Wimbledon is because of her - they built Centre Court because they were selling too many tickets at the old place and they had to move. They moved in 1922" 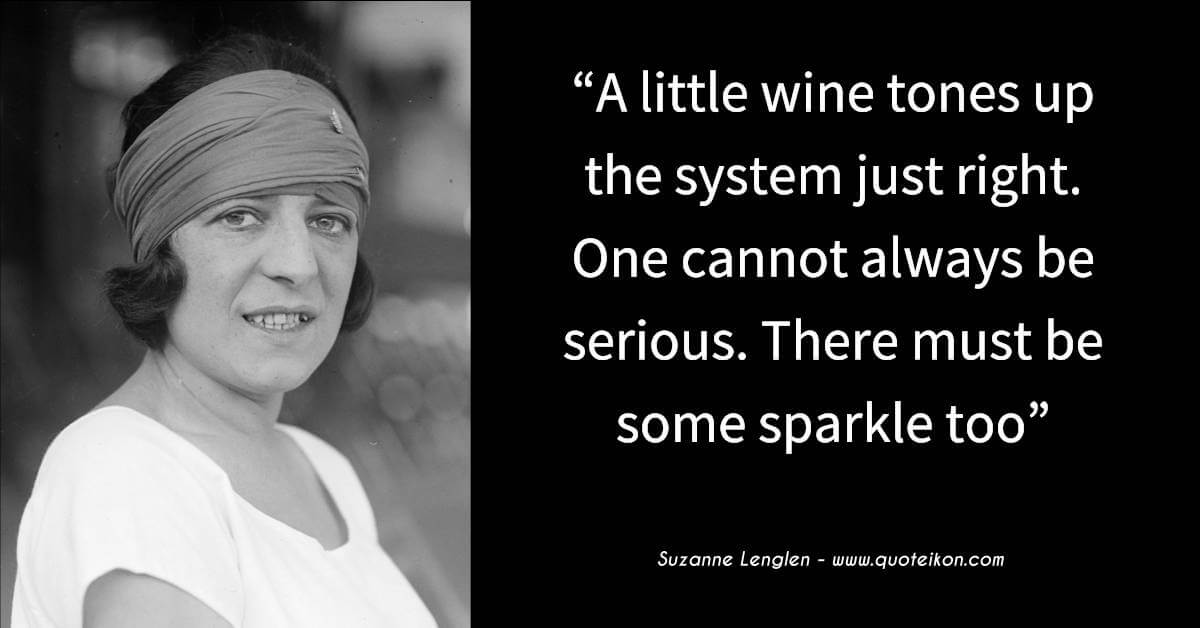