Since she was a child Nikki Giovanni dared to dream that one day she would become a writer, even school sometimes obscured the path to achieving her ambitions. However the reality is that dreams do not come true because they are true and Nikki was always destined to become the great poet and writer she wished for, you see it was always inside her and she just had to discover how to unleash it.

From passion there is poetry and in the early days this led Nikki to write about what was around her, what she could see and was experiencing. This ignited the civil rights activist from within and resulted in her being labelled the Poet of the Black Revolution.

However getting published was not easy so she decided to publish her own material and soon enough the recognition started to come for her creative writing. The seed of her talent was beginning to grow and as the works continued so did the critical acclaim. Now she can proudly lay claim to authoring three New York Times best selling books which is seldom achieved by a poet and she has even been nominated for a Grammy Award for Best Spoken Word Album in 2004 for her Poetry Collection recorded on vinyl.

When she's not penning poems she is sharing her knowledge as a university professor of poetry at Virginia Tech and Oprah Winfrey has recognised her contribution to society by naming Nikki as one of Oprah's 25 living legends.

The novelist James Baldwin said in a 1971 discourse with Giovanni: "The danger of your generation, if I may say so … is to substitute one romanticism for another. Because these categories - to put it simply but with a certain brutal truth - these categories are commercial categories"

The poet Donald Luther Lee described her poetry thus: "Nikki writes about the familiar: what she knows, sees, experiences" 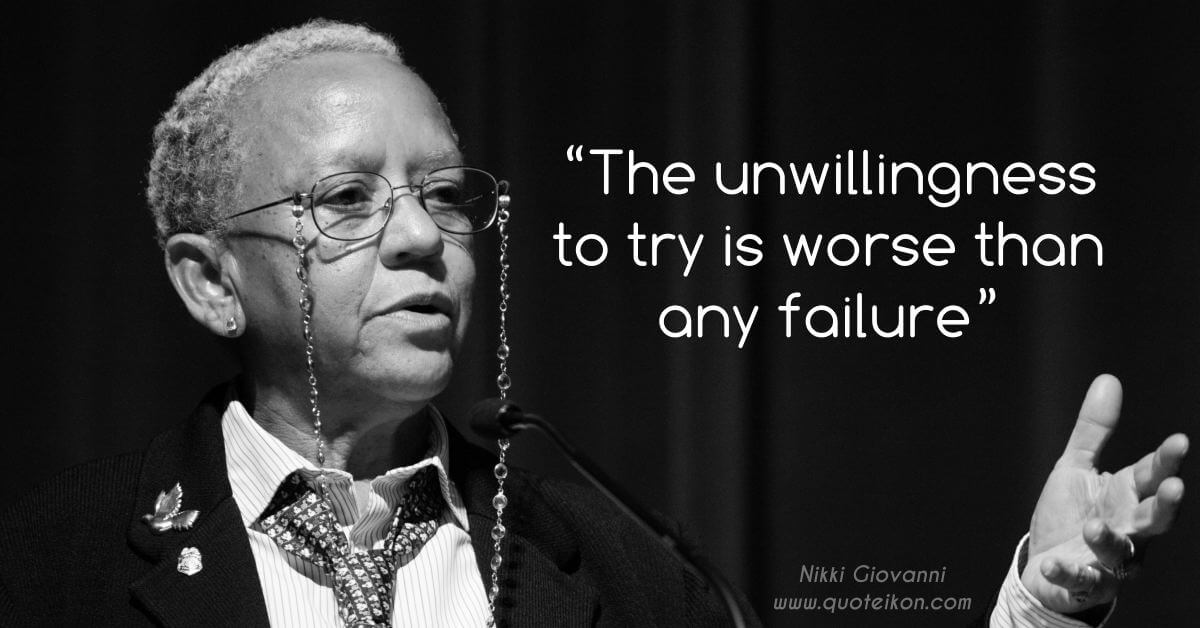