Lech Kaczynski was born in post WWII Warsaw to a father who was an active member of the Polish resistance during the war and a mother who worked as a linguist. Lech had an identical twin brother Jaroslaw and they both starred in a Polish childrens movie in 1962 called "The Two Who Stole the Moon".

This movie was a domestic success but as the two twins grew in political stature so the movie resurfaced and enjoyed a renaissance for a new generation. In 2001 the Kaczynski twins formed the Law and Justice party and the following year Lech was elected mayor of Warsaw.

His right wing policies saw him elected in a landslide victory and he soon got to work by banning the Gay Pride Parade while commenting; "I respect your right to demonstrate as citizens. But not as homosexuals".

In 2005 he ran for president and was duly elected on a ticket of nationalism and fighting criminal corruption. In his foreign policy he looked to protect Polish interests sometimes at the expense of more powerful neighbours as he forged friendships that some deemed controversial and dared to veto an E.U. - Russian partnership in 2006.

He died in 2010 in a plane crash in Russia. An investigation concluded that pilot error and reduced visibility due to foggy conditions were the prime reasons behind the accident. He was a colourful politician who was never afraid to voice his opinion which made it interesting research compiling my list of 14 of the best Lech Kaczynski quotes

The heir to the British crown Prince Charles spoke helpfully to Kaczynski: "I was particularly keen to do what little I could to help your country after the collapse of Communism, having for so long held a combination of profound admiration and heartfelt sympathy for the appalling suffering of the Polish people"

The sociologist Jacek Kucharczyk spoke of the plane crash: "Lech Kaczyński’s ratings were down. He was flying to Smolensk to open his election campaign. He was determined to be on time. Nobody wanted to take responsibility for diverting the plane. The media had made a joke of Kaczyński’s planes always breaking down"

The historian Adam Michnik put their differences to one side to pay tribute: "We often differed in political views. However, I've always remembered what a great patriot Lech Kaczynski has been all his life"

Russian President Vladimir Putin issued this statement upon Lech Kaczynski's election as president of Poland: "I hope that your work in this high state office will help the ongoing development of multi-faceted and good-neighbourly relations between Russia and Poland. For our part, we are ready to engage in constructive work together in the interests of expanding mutually beneficial cooperation between Russia and Poland and of strengthening stability, security and cooperation in Europe" 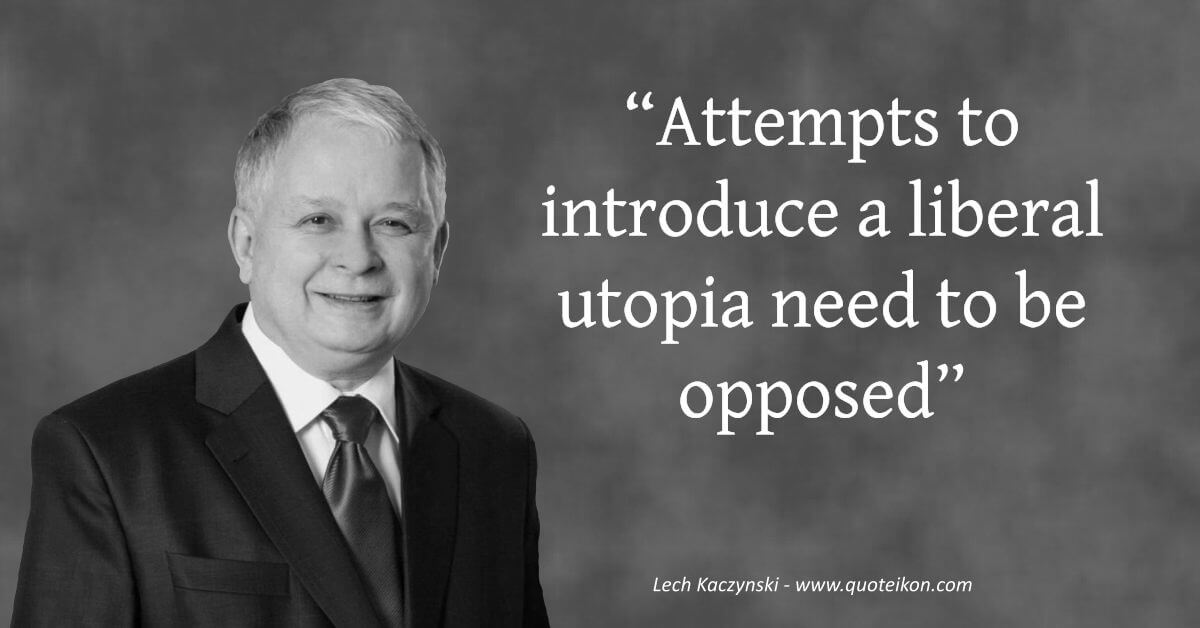