Hernán Cortés carved his way into the annals of infamous history with his blood stained hands responsible for the deaths of hundreds of thousands of the people indigenous to the lands of Central America. His ruthlessness was equally matched by his ambition and greed as he took advantage of an exploratory expedition to the Mexican coast to seize the lands by any means necessary and plunder its wealth of gold and minerals under the guise of God, king and country.

He used the age old method of divide and rule to his advantage as he plotted to overthrow the Aztec Empire by first engaging and then allying with their enemies who were determined to extract sweet revenge for the perceived wrongs that had been inflicted upon them by the ruling Aztecs. He first fought with the Tlaxcaltec people and then befriended them as their warriors were brave and he needed a large army to defeat the Aztecs.

Before Cortés marched on the Aztec capital Tenochtitlan he had to strike fear into the Aztec emperor Moctezuma so he attacked the Aztec allies in the holy city of Cholula razing it to the ground and butchering in excess of 6,000 of its warriors in the process. When the Spanish turned their attention to Tenochtitlan they were allowed to enter the city unopposed as their leader Moctezuma believed he had to befriend them to learn more about them and their technology so he could defeat them.

The cunning Cortes soon made Moctezuma a prisoner in his own palace and he became a puppet leader controlled by the occupying Spanish. Cortes had pressing issues as the governor of Cuba Diego Valezquez had sent a force to hunt him down and return him to Cuba. Cortés left to fight and defeat the Valequez force but on his return to Tenochtitlan all was not well as the person he had left in charge Pedro de Alvarado had enraged the locals by executing many of their chiefs.

The Spanish tried to use Moctezuma to quell the unrest but a baying mob stoned him and he died a few days later. Trouble escalated and the Spanish were chased out of the city on 30th June 1520 and in the ensuing battle they lost 600 men which was the largest single loss of Spanish life during the whole conquest. A smallpox epidemic stopped the Aztecs from finishing off and killing Cortes and his Spanish army and this allowed them time to regroup and return to lay siege to the city.

Two months into the siege and the city fell at the cost of over 100,000 Aztecs and only a disproportionate 100 Spanish lives. The Aztec empire had fallen and the city of Tenochtitlan was built over in what is now called Mexico City, the major monuments in Mexico City are of the brave warriors who fought valiantly against the Spanish with statues of Cuitlahuac and Cuauhtémoc but none of Cortes.

As a ruthless and manipulative conquistador Hernán Cortés adopted Machiavellian tactics in negotiations and brutal force when politics did not give his desired outcome, the odds he was facing seemed insurmountable so a blood thirsty ruthless streak was required if he was to be the vanquisher and not the vanquished. For all the blood he spilled in his conquest Cortés probably saved as many lives from the barbaric human sacrifice rituals that took place on an industrial scale by the Aztecs. However his legacy as the conquistador of the Aztec Empire opened the door to the America's which caused centuries of suffering and bloodshed for the indigenous populations who still view his expeditions in a dim light. He was a man of action rather than a man of words but he was also good for a one liner so this is my compilation of 22 of the best Hernán Cortés quotes.

Historian Erika Cosme got straight to the point describing him thus: "He was a smart, ambitious man who wanted to appropriate new land for the Spanish crown, convert native inhabitants to Catholicism, and plunder the lands for gold and riches"

An unnamed indigenous witness said of carnage at Tenochtitlan: "They speared and thrust people into shreds. Others were beheaded in one swipe... Others tried to run in vain from the butchery, their innards falling from them and entangling their very feet"

Spanish historian Francisco Lo´pez de Go´mara commented on his amorous nature by saying: "Corte´s was very given to women and always gave into temptation" 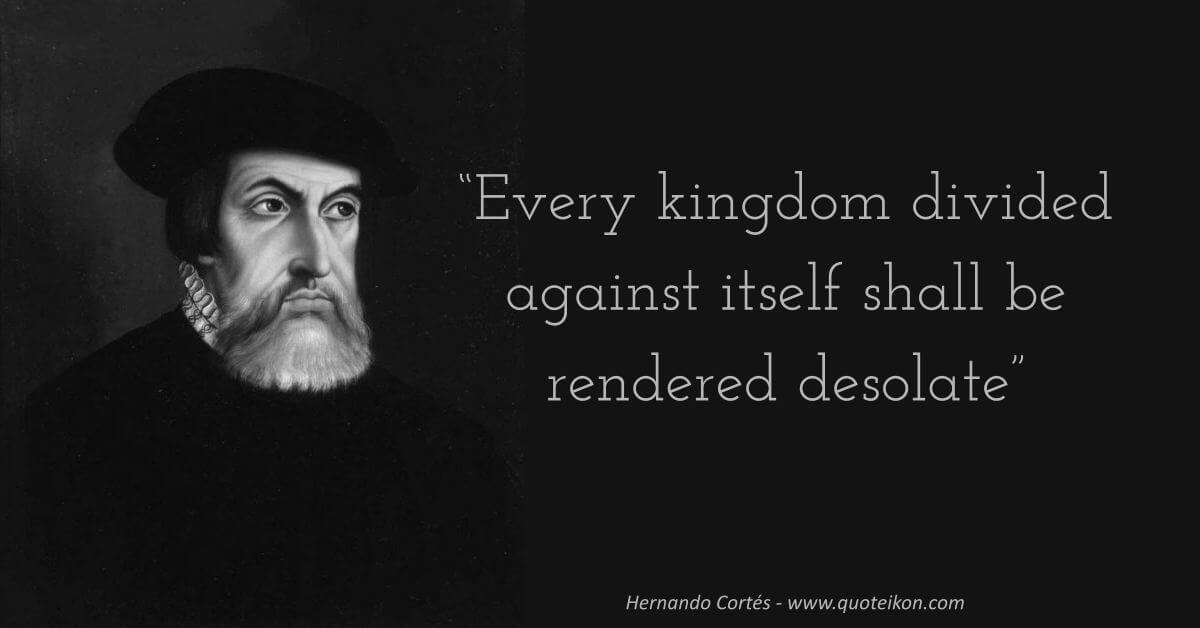 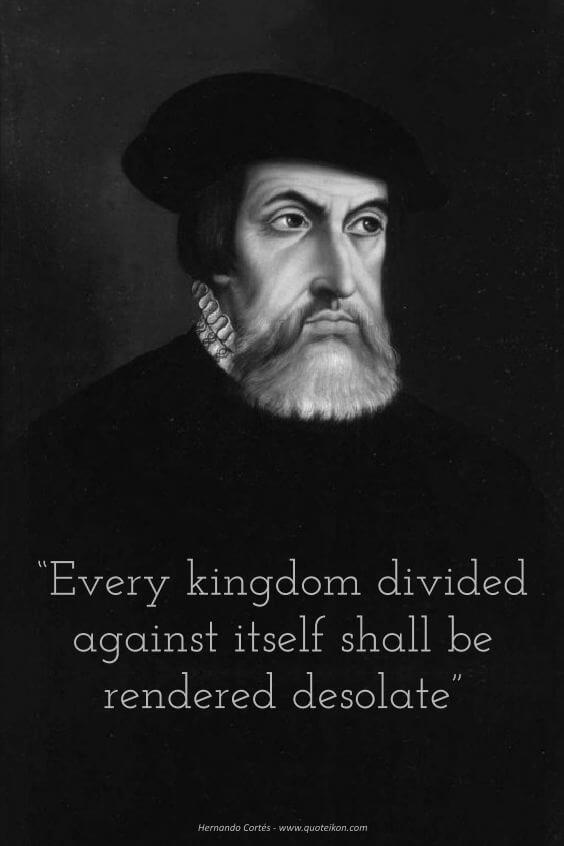