Henry Ford was the industrialist whose mass production techniques lowered the cost of cars into a price bracket where Americans could afford to buy and thus he popularised the motor vehicle. He was the inventor of the Ford Model T car in 1908, the model T went on to sell a then record breaking 15,007,034 cars.

He promoted consumerism and succeeded in lowering costs while maintaining a good wage for his workers so they could feed into the economy and help it to grow.

His influence stretched further than he could have ever imagined as in an unlikely turn of events Ford's book "The International Jew" inspired The Fuhrer Adolf Hitler who stated the Volkswagon would be based on the Model T and kept a portrait of the American car maker in his office.

In 1918 President Woodrow Wilson asked him to try his hand at politics resulting in him running for office in Michigan under the Democratic banner but narrowly losing out to Republican candidate Truman Newberry.

His influence reached the author Upton Sinclair who put to print a 1937 novel called The Flivver King that featured a loosely based description of Ford and his dreams of manufacturing the motorised vehicle.

His developments in the manufacturing process through to the sales innovations of a franchise system that got the product from the factory floor to the shop front at affordable prices whilst maintaining a good wage for the workers was revolutionary, it made him a vast fortune and it was a boon to the economy. Imaginative innovators also make for uttering great one liners, so this is my compilation of 15 of the best Henry Ford quotes

The German leader Adolf Hitler was impressed to say: "I regard Ford as my inspiration"

The inventor Thomas Edison understood his thought process: "He draws upon his subconscious mind"

President Woodrow Wilson saw political mileage in him running for office: "You are the only man in Michigan who can be elected and help bring about the peace you so desire" 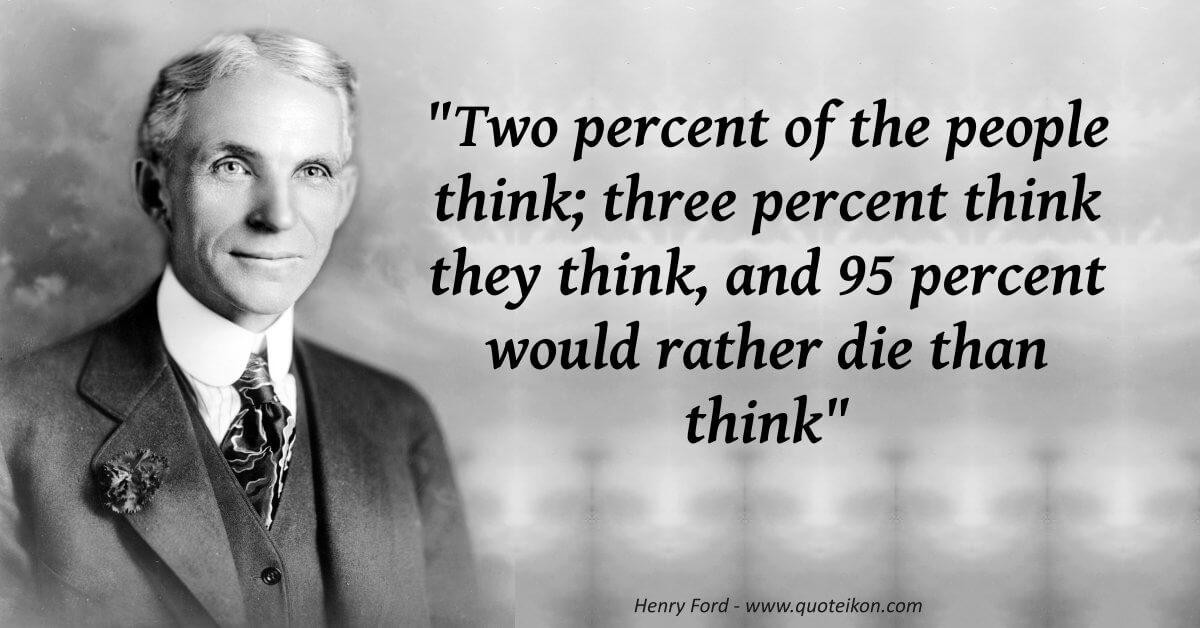