Florence Nightingale was the awe inspiring nurse and statistician whose methods single handedly reduced the mortality rates from 42% to 2% in the Scutari army field hospital during the Crimean war.

Russian rifles and muskets killed less soldiers than infections and disease and this was recognised by Nightingale as she set about implementing changes that included unblocking drains, cleaning floors and walls, strict rules on washing hands, using clean bed linen, improving ventilation and clean food preparation.

The combined enemy of typhus, typhoid, cholera and dysentery had been defeated through general cleanliness, better nutrition and improved sanitation as a new chapter in healthcare was about to unfold. Her results had influence far beyond the medical profession as she convinced the British government to implement sanitation legislation whereby all buildings in cities had to connect to the public drainage system and this had far reaching effects that saw life expectancy to raise by 20 years by the mid 1930's.

The wounded of the Crimean war looked upon her as an angel as she took her duties far beyond the extra mile by writing letters home for dying soldiers and walking around at night checking if any patients needed any help. She returned from the war as a heroine and with government assistance opened the Nightingale Training School at St. Thomas' Hospital in London and she got to meet and become good friends with Queen Victoria.

The 12th May is now celebrated all over the world as International Nurses Day in recognition of her contribution to mankind and she will always be remembered as the mother of modern nursing. She was good for a one liner also so here is my compilation of 15 of the best Florence Nightingale quotes

The historian Cecil Woodham-Smith in recognising her eye for detail once said: "Year after year she had toiled, examining, classifying, grouping. She possessed prodigious powers of absorbing, retaining, and marshaling masses of facts, and when she had completed her task the whole vast teeming country lay before her mind's eye like a map"

The British anthropologist Francis Galton mused on her dogged determination by saying: "But to understand God's thoughts, she held we must study statistics, for these are the measure of His purpose. Thus the study of statistics was for her a religious duty" 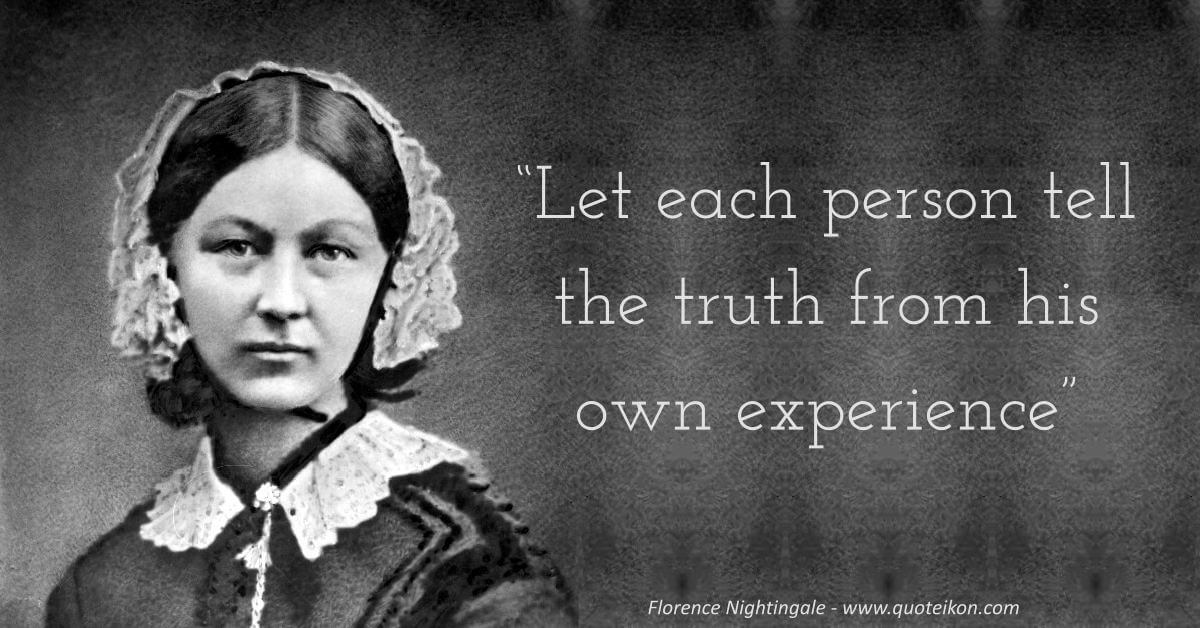