Ernest Lawson was a Nova Scotia born landscape impressionist artist who studied his art in the U.S., Mexico and France before settling in New York in 1898.

After Lawson and many other fine artists of the day were rejected by the National Academy Of Design in New York they decided to challenge its hegemony of prominent exhibitions by setting up their own. It proved successful and The Eight revelled in the publicity they received that elevated them to patronage status in the world of art.

His success didn't last long and he was reduced to teaching commissions through the 1920's before he settled in Miami in 1936. He is most remembered for his landscapes of Upper Manhattan before the advance of urbanisation took away this last echelon of rural Manhattan.

He died in Miami in odd circumstances with some sources saying the cause of death was drowning while others state a heart attack and many of his friends and family suspected foul play. He was well travelled man who talked art his whole life, so here is my compilation of 10 of the best Ernest Lawson quotes.

The painter Robert Henri was impressed with his stature in the American art movement: "He the biggest we have had since Winslow Homer"

The artist Julian Alden Weir gave him this advice: "You are trying to get the whole world on one canvas. Simplify everything and stick to your first impressions"

A New York Times art critic described him thus: "Shows the modern tendency to treat the outdoor world with the same respect as is accorded to humanity"

The art critic James Gibbons Huneker said he put wild New York on the map: "It was Ernest Lawson who discovered, artistically speaking, the Harlem River and the unknown reaches of the Bronx"

The art dealer Frederic Newlin-Price summed up his style thus: "Lawson puts on paint quite fully. He seems sometimes to have used a trowel ... There is weight to his canvas, a substantial quality that, like grand works of the ages, are built for time immemorial"

The Canadian painter Frederick Coburn showed interest in his work: "His design is often unusual, one might say casual and haphazard. Yet he has a way of making an odd pattern seem interesting so that you turn to it again and again trying to discover if some of the juxtapositions are intentional or just happened so" 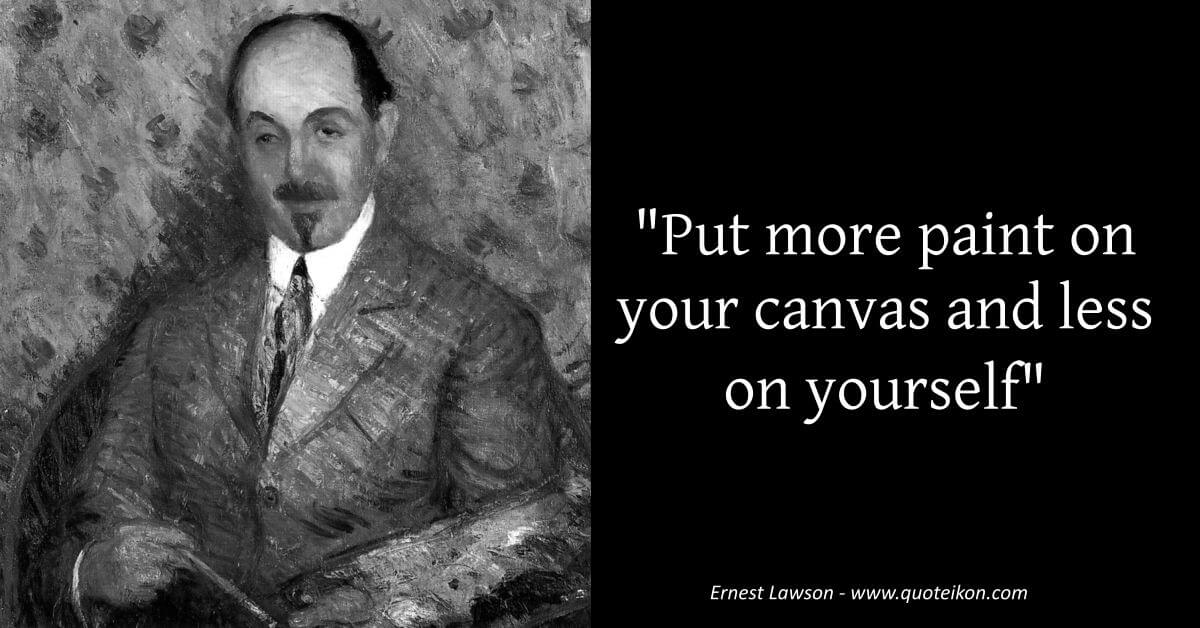