Diana Ross may have been known as the original Detroit diva but this girl from The Projects became a Motown goddess whose soft soprano voice propelled her from the most successful all girl group of the sixties into world super stardom to become the most successful female artist of all time.

The sixties group was The Supremes who Diana co-founded with her childhood friends Mary Wilson and Florence Ballard and after signing a contract with the Berry Gordy Motown label they went on to record 12 number one singles on the Billboard Hot 100.

As the decade progressed it became obvious Diana was the star of the show and when Berry Gordy convinced the group to change their name to Diana Ross And The Supremes the writing was on the wall and it was only a matter of time before Miss Ross would pursue her solo career.

Diana went solo in 1970 and straight away she topped the charts with "Ain't No Mountain High Enough", it was nominated for a Grammy Award and this early solo success turned into a trend as the hits kept on coming.

In 1972 she was cast for the coveted role of Billie Holiday in the movie "The Lady Sings The Blues", Miss Ross sang the movie theme song of the same name as well as a collection of Billie Holiday songs that resulted in a number one hit album. Considering it was her debut movie it was critically acclaimed, successful at the box office and Diana received an Academy Award nomination for best actress, which was quite an achievement

Two more movies followed but neither "Mahogany" (1975) or "The Wiz" (1978) were great successes although they both acquired a certain level of cult status.

Back in the studio Miss Ross recorded her second number one solo single in 1973 with the smash hit "Touch Me in the Morning" that charted for 21 weeks and was to become one of her signature songs.

She followed this up with two more number one hits with "Theme From Mahogany" and "Love Hangover" and the rest of the decade saw more modest chart success interspersed with some memorable television performances including hosting the 46th Academy Awards.

As the decade faded into the eighties Miss Ross started it with a bang as her album "Diana" (1980) was a huge success that spawned the hit singles "I'm Coming Out" and "Upside Down". At the end of 1980 Diana negotiated to end her 20 year association with Motown and signed a then record breaking deal with RCA that came with full control over production.

The giddy heights of her fame matched both her talent and determination as Diana Ross trailblazed her way to the apex of the entertainment world, but beneath the glamour of the big hair, spider lashes and 70's furs lay the cunning guile of an astute businesswoman who learned the hard way not to accept everything that was offered. Yes, she got a reputation for being a "difficult diva" but in truth she had become empowered by her own abilities and set high standards which were the core reasons for the longevity of her career at the top.

I like to remember her more as the Queen of Soul rather than the Queen of Diva's, but because she was never afraid to stand her ground it seems the latter is the name that has gained more traction. Away from the spotlight she was good for a one liner also so this is my compilation of 21 of the best Diana Ross quotes.

Oprah Winfrey was impressed to say: "When you first see somebody on television like Diana Ross, who was glamorous and beautiful and represented literally possibility and hope - it was life changing for me"

On 22nd August 1969 Diana was in the front row of an Elvis Presley Las Vegas concert when he introduced her to the crowd and said: "A great gal, and I love her"

The critic Robert Christgau recognised the talent: "Vivacity that is Diana Ross' great gift. No matter how she is stylized, no matter what phony truism she mouths, this woman always lets you know she is alive"

Johnny Mathis made this comparison: "Her desire for fame is like her hair. It keeps getting bigger"

Neil Sedaka was inspired by her: "Love Will Keep Us Together was a combination of three different singing styles - Al Green, the Beach Boys, and Diana Ross"

The Motown founder Berry Gordy described her thus: "She was the big star of my life"

Tanya Y. Jennings, a member of the VH1 production crew shared this observation: "I was at a talent check in, and everyone was, like, 'Okay she's coming. If anyone speaks to her you must address her as Miss Ross. Nothing else, nothing less. If you do not say Miss Ross, you are fired'" 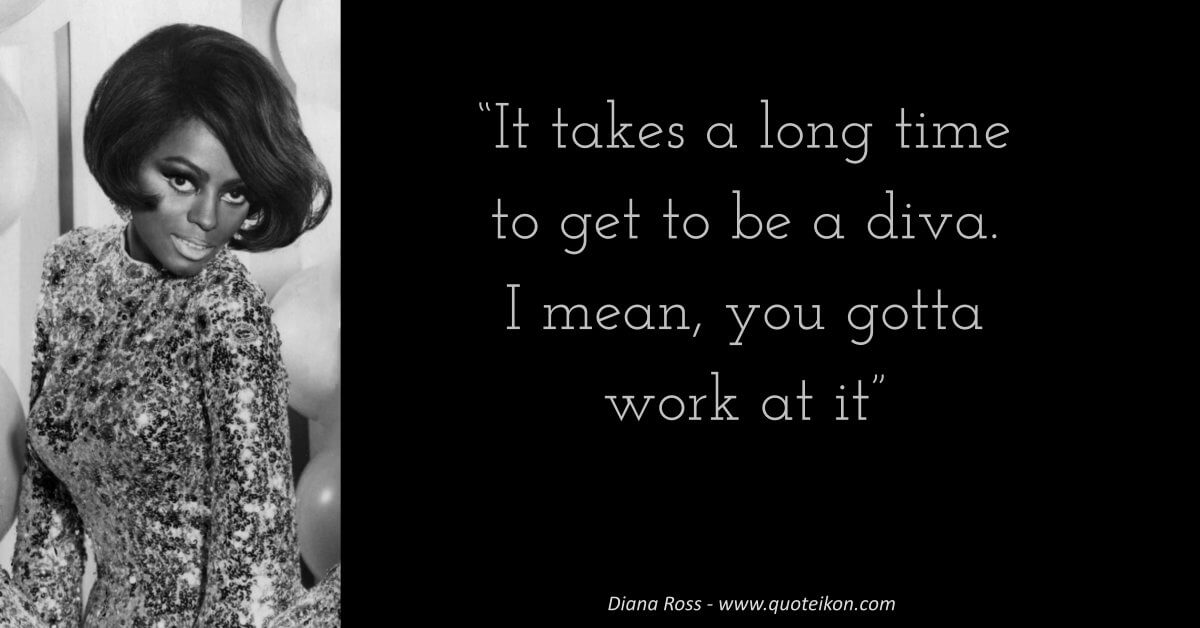