Blanche K. Bruce was the slave who escaped from the shackles of his position to rise up and become the first African American to be elected to the upper senate and serve a full term. In fairness his life as a slave was not as tough as what most of his contemporaries had to endure.

He was of mixed race and his slave master was also believed to be his father and with this he was granted the privilege of an education in between helping his mother with household chores as she was a domestic slave.

Upon coming of age it was nearing the end of the civil war and as his master was moving to another plantation he escaped with two of his brothers.

The post war period was a time of turmoil and he was able to secure work in Mississippi whereby he saved up enough money to buy a plantation. During the reconstruction era he took an opportunity to run for the United States senate and was duly elected in 1875 to represent Mississippi.

He served with some distinction for 6 years and an articulate speech he made in 1876 to Introduce a Resolution Appointing a Committee to Investigate Election Practices in Mississippi is often quoted for its oratory eloquence. Which nicely sets the tone and leads me to my very own compilation of 13 of the best Blanche K. Bruce quotes.

The Mississippi Senator Lucius Q. C. Lamar spoke highly of him: "Mr. Bruce’s conduct in the senate has been such as not to alienate himself from the Southern people. Bruce has not joined in the abusive warfare on the South that many of his Republican colleagues in the Senate Chamber have constantly pursued. He is an intelligent man, and the best representative of his race in public life"

The author Benjamin Brawley described him as: "Probably the most astute political leader the negroes ever had"

The Mississippi based Raymond Gazette wrote a eulogy about him which concluded: "To the end of his distinguished career, Bruce was always the gentleman, graceful, polished, self-assured, and never humble. He scorned the use of the phrase 'colored man,' often declaring 'I am a negro, and proud of my race'" 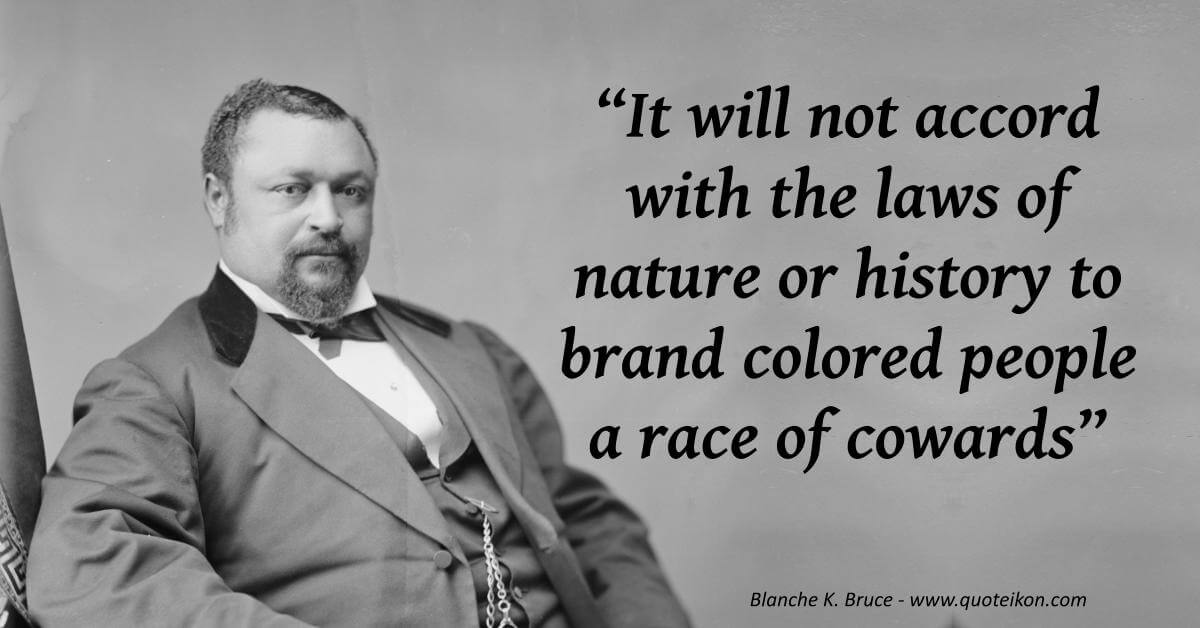