In a career lasting sixty years plus Adrian Boult stood head and shoulders above his musical peers as the prominent British conductor of the 20th Century. He raised the Union Jack flag high and proud over the concert halls where he conducted by performing the works of British musics most esteemed and talented composers such as Edward Elgar, Gustav Holst, Arthur Bliss and Ralph Vaughan Williams to name just a few.

Throughout his career he was sought after to lead the most prominent orchestras of his era, he was responsible for launching the BBC Symphony Orchestra and in 1950 reviving the then flagging London Philharmonic Orchestra (LPO). Although a modest man not plagued by ego or flamboyance his baton technique was as exquisite as it was incisive.

Boult even penned a short book entitled 'The Point Of The Stick' which was also captured on the silver screen in a short film directed by Maurice G. Thompson in 1971. His stoic British reserve never breached the lines of scandal or controversy, he stayed true to his wife Ann whom he married in 1933 until his death some 50 years later.

Despite the absence of the prying eyes and devious minds of the tabloids he still made good press in the broadsheets with his reviews and interviews where he could steal the headlines for the right reasons. Never one to utter memorable one liners he did manage some interesting quips over the years and here is my list of 12 of the best Adrian Boult quotes.

The composer Ralph Vaughan Williams described him in 1918: "May I say how much I admired your conducting - it is real conducting - you get just what you want and know what you want - and your players trust you because they know it also"

The Austrian composer Alban Berg was impressed to say in 1934: "What emerged here under your sovereign direction was a performance as if from the regular repertoire of the greatest stage"

The composer Edward Elgar appreciated his work: "I feel that my reputation in the future is safe in your hands. It was a wonderful series of sounds. Bless you" 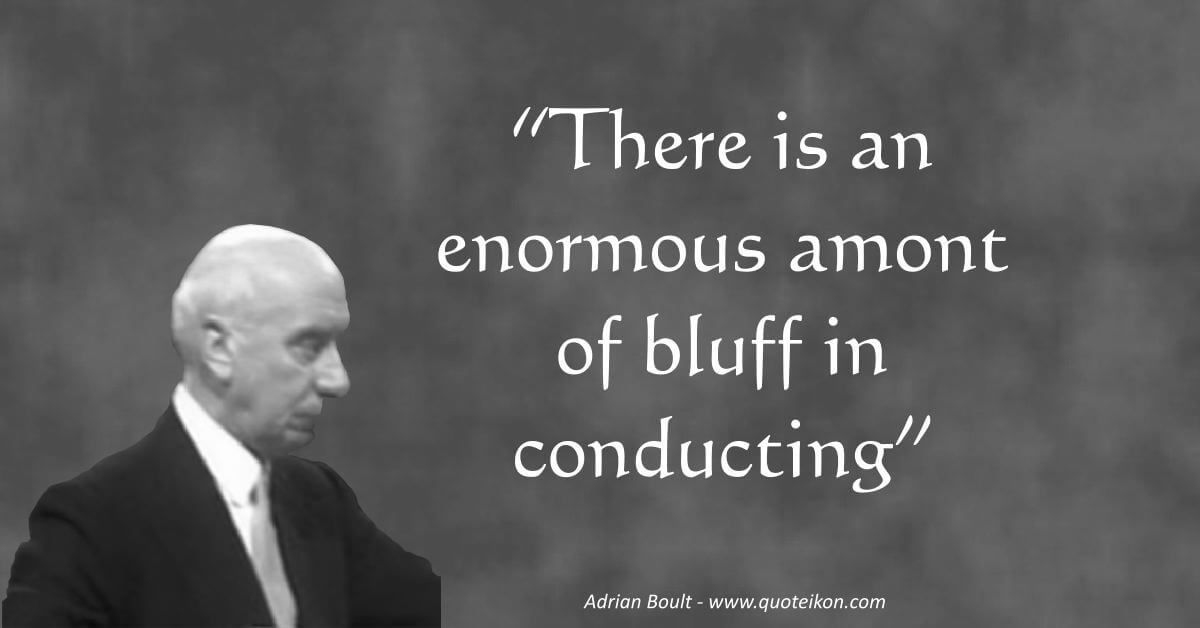